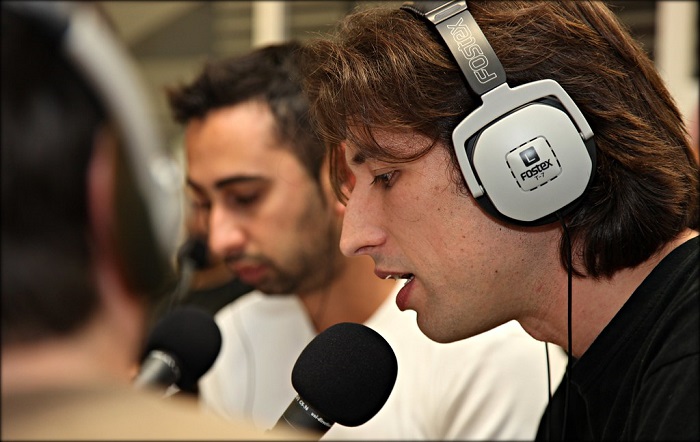 At first glance, it may seem as though Big Tech can’t figure out how to make money off its foray into podcasting.

In early May 2022, Meta announced that it was abruptly ending Facebook’s podcast integration less a year after it launched. Facebook had offered podcasters the ability to upload their shows to the social media site. Meanwhile, Spotify’s own expensive gamble on podcast integration within its music streaming service hasn’t resulted in the surge of new listeners that it had hoped.

And what about the emergence of social audio platforms like Clubhouse that promised to re-imagine podcasting as live audio chatrooms hosted by celebrities and public figures?

After its meteoric rise in 2021 during the height of the global pandemic, Clubhouse has seen major declines in app installs, in part because of the rise in competing services like Twitter Spaces and Spotify Live.

Amid all this corporate turmoil, it’s tempting to conclude that online tech companies are moving on from podcasting in search of higher profit margins elsewhere.

But these realignments belie a bigger truth: Platforms have already reshaped podcasting in fundamental ways, and they will play an outsized role in its future.

Podcasting, which has been around for only two decades, has a unique, decentralized infrastructure.

Podcasting’s audio files are accessible via a simple 2000-era technology known as RSS, short for “Really Simple Syndication.” Thanks to the openness of RSS – it is a nonproprietary distribution mechanism that cannot be controlled by anyone – podcasting has remained a thriving creative ecosystem. Once you upload an audio file and connect it to an RSS feed, any podcatching software or app can find it and download it.

The first decade of podcasting’s existence was characterized by steady, if laconic, growth. In 2006, for example, only 22% of U.S. listeners had even heard of podcasting. That percentage sits at 79% today.

After 2014, however, this slow and steady rise has been turbocharged by a staggering wave of corporate takeovers.

In 2019 I argued in the academic journal Social Media & Society that podcasting was undergoing the process of “platformization,” thanks to the increasingly central role of digital platforms like Spotify, Google and Amazon in the medium’s development. Spotify alone has spent over US$1 billion on podcast acquisitions. Other big radio and tech companies have also made significant acquisitions in the past three years, reshaping the industry in the process.

Openness, however, is anathema to digital platforms, which are intentionally structured as walled gardens that restrict access. They make money when users pay for access to content and services – and that, of course, works only when the content isn’t available elsewhere.

One of the recent shifts in podcasting has been the introduction of paywalls and exclusive content. It has since become a standard feature of the medium.

Most notably, in May 2020 Spotify signed an exclusive deal with Joe Rogan, the most popular podcaster, one that was reportedly valued at $200 million. All of Rogan’s new episodes – and even his entire back catalog – are now available only on Spotify, leading RSS and podcasting pioneer Dave Winer to argue that his show is in fact no longer a podcast.

Other eye-popping exclusivity deals have included Spotify’s 2021 $60 million deal for “Call Her Daddy,” the popular advice and comedy podcast created by Alexandra Cooper and Sofia Franklyn in 2018. Even podcast pioneer Roman Mars sold the exclusive rights to produce and distribute his longtime show “99% Invisible” to radio giant SiriusXM, though the podcast will remain freely available on all platforms for the time being.

The importance of podcast IP

For Spotify, securing popular podcasts to exclusive distribution deals is all about increasing the number of users on its platform. But podcasts with dedicated followings are also emerging as coveted forms of intellectual property.

Podcast production studio Wondery, for example, aggressively pursued cross-licensing deals for its original audio dramas, which include “Dr. Death,” “Dirty John” and “Gladiator.” All have or will appear as television series.

The value of these creative properties made Wondery an attractive acquisition target for Amazon, which paid $300 million for it in late 2020.

The content pipeline from podcasting to television and feature films is now well established, thanks in large part to the emerging centrality of traditional entertainment talent agencies into podcasting.

This is a marked shift from the DIY grassroots content that has been a hallmark of podcasting.

Ad tech is coming for podcasting

Platforms are also changing the way podcast audiences are measured. RSS was designed to efficiently and anonymously distribute audio files, but not to track who was downloading those files or if they were actually being listened to.

Digital platforms, on the other hand, function as sophisticated surveillance machines. They know who is listening to a podcast – which allows for specific demographic and psychographic targeting – and how much of that podcast is being consumed. Companies can also track their consumption of other media on the platform. Advertisers are coming to increasingly expect that their podcast ad buys will allow for accountability and attribution.

While it didn’t get that much media attention, Spotify’s recent acquisition of Chartable and PodSights – two important podcast analytics firms – are indicative of this arms race for user data.

There are broader issues at stake here, and not just the concentration of advertising revenue into the hands of the big platforms. The commodification of podcast listener data has privacy implications as well, which is something that the industry itself is beginning to acknowledge.

A tale of two media

What do these shifts portend for the podcasting’s third decade?

The story of podcasting has become really a story of two divergent media.

On the one hand, the traditional, scrappy, upstart version of podcasting will survive thanks to the open architecture of RSS. Podcasting still has relatively low barriers to entry compared with other media, and this will continue to encourage independent producers and amateurs to create new shows, often with hyperniche content. Crowdfunding sites like Patreon and Buy Me a Coffee allow creators to make money off their content on their own terms.

But grassroots podcasting will find itself competing with the professionalized, platform-dominated version of the medium that’s hit-driven and slickly produced, with cross-media tie-ins and big budgets.

As companies like Spotify, Amazon, NPR, SiriusXM and iHeartMedia aggressively monetize and market exclusive podcast content on their platforms, they’ve positioned themselves as the new gatekeepers with the keys to an ever-expanding global audience.

Independent podcasting isn’t going away. But with the promotional power concentrated in the hands of the very biggest tech firms, it will be increasingly challenging for those smaller players to find listeners.