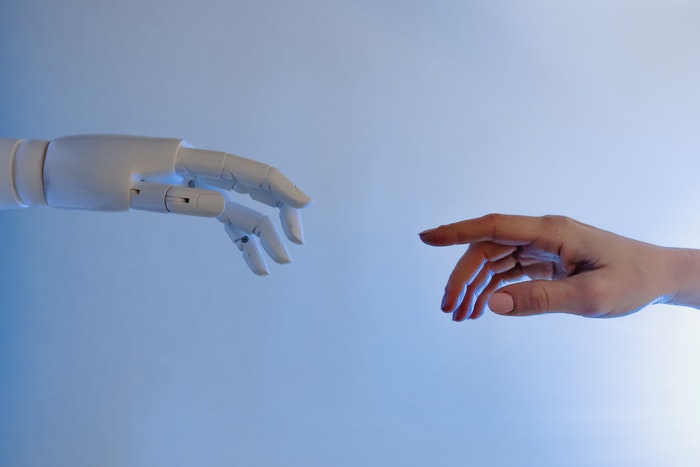 Imagine what a lawyer does on a given day: researching cases, drafting briefs, advising clients. While technology has been nibbling around the edges of the legal profession for some time, it’s hard to imagine those complex tasks being done by a robot.

And it is those complicated, personalized tasks that have led technologists to include lawyers in a broader category of jobs that are considered pretty safe from a future of advanced robotics and artificial intelligence.

But, as we discovered in a recent research collaboration to analyze legal briefs using a branch of artificial intelligence known as machine learning, lawyers’ jobs are a lot less safe than we thought. It turns out that you don’t need to completely automate a job to fundamentally change it. All you need to do is automate part of it.

While this may be bad news for tomorrow’s lawyers, it could be great for their future clients – particularly those who have trouble affording legal assistance.

Technology can be unpredictable

Our research project – in which we collaborated with computer scientists and linguists at MITRE, a federally funded nonprofit devoted to research and development – was not meant to be about automation. As law professors, we were trying to identify the text features of successful versus unsuccessful legal briefs.

We gathered a small cache of legal briefs and judges’ opinions and processed the text for analysis.

One of the first things we learned is that it can be hard to predict which tasks are easily automated. For example, citations in a brief – such as “Brown v. Board of Education 347 U.S. 483 (1954)” – are very easy for a human to pick out and separate from the rest of the text. Not so for machine learning software, which got tripped up in the blizzard of punctuation inside and outside the citation.

It was like those “Captcha” boxes you are asked to complete on websites to prove you’re not a robot – a human can easily spot a telephone pole, but a robot will get confused by all the background noise in the image.

Once we figured out how to identify the citations, we inadvertently stumbled on a methodology to automate one of the most challenging and time-consuming aspects of legal practice: legal research.

The scientists at MITRE used a methodology called “graph analysis” to create visual networks of legal citations. The graph analysis enabled us to predict whether a brief would “win” based on how well other briefs performed when they included a particular citation.

Later, however, we realized the process could be reversed. If you were a lawyer responding to the other side’s brief, normally you would have to search laboriously for the right cases to cite using an expensive database. But our research suggested that we could build a database with software that would just tell lawyers the best cases to cite. All you would need to is feed the other side’s brief into the machine.

Now we didn’t actually construct our research-shortcut machine. We would need a mountain of lawyers’ briefs and judicial opinions to make something useful. And researchers like us do not have free access to data of that sort – even the government-run database known as PACER charges by the page.

But it does show how technology can turn any task that is extremely time-consuming for humans into one where the heavy lifting can be done at the click of a button.

A history of partial automation

Automating the hard parts of a job can make a big difference both for those performing the job and the consumers on the other side of the transaction.

Take for example, a hydraulic crane or a power forklift. While today people think of operating a crane as manual work, these powered machines were considered labor-saving devices when they were first introduced because they supplanted the human power involved in moving heavy objects around.

Forklifts and cranes, of course, didn’t replace people. But like automating the grind of legal research, power machines multiplied the amount of work one person could accomplish within a unit of time.

Partial automation of sewing machines in the early 20th century offers another example. By the 1910s, women working in textile mills were no longer responsible for sewing on a single machine – as you might today on a home sewing machine – but wrangling an industrial-grade machine with 12 needles sewing 4,000 stitches per minute. These machines could automatically perform all the fussy work of hemming, sewing seams and even stitching the “embroidery trimming of white underwear.” Like an airline pilot flying on autopilot, they weren’t sewing so much as monitoring the machine for problems.

Was the transition bad for workers? Maybe somewhat, but it was a boon for consumers. In 1912, women perusing the Sears mail order catalog had a choice between “drawers” with premium hand-embroidered trimming, and a much cheaper machine-embroidered option.

Likewise, automation could help reduce the cost of legal services, making it more accessible for the many individuals who can’t afford a lawyer.

Indeed, in other sectors of the economy, technological developments in recent decades have enabled companies to shift work from paid workers to customers.

At one level these kiosks are displacing paid labor by employees with unpaid labor by consumers. But that argument assumes that everyone could access the product or service back when it was performed by an employee.

In the context of legal services, the many consumers who can’t afford a lawyer are already forgoing their day in court altogether or handling legal claims on their own – often with bad results. If partial automation means an overwhelmed legal aid lawyer now has time to take more clients’ cases or clients can now afford to hire a lawyer, everyone will be better off.

In addition, tech-enabled legal services can help consumers do a better job of representing themselves. For example, the federal district court in Missouri now offers a platform to help individuals filing for bankruptcy prepare their forms – either on their own or with a free 30-minute meeting with a lawyer. Because the platform provides a head start, both the lawyer and consumer can make better use of the 30-minute time slot.

More help for consumers may be on the way – there is a bumper crop of tech startups jostling to automate various types of legal work. So while our research-shortcut machine hasn’t been built, powerful tools like it may not be far off.

And the lawyers themselves? Like factory and textile workers armed with new power tools, they may be expected to do more work in the time they have. But it should be less of a grind. It might even free them up to meet with clients.

Published in BUSINESS, TECH and VIDEO