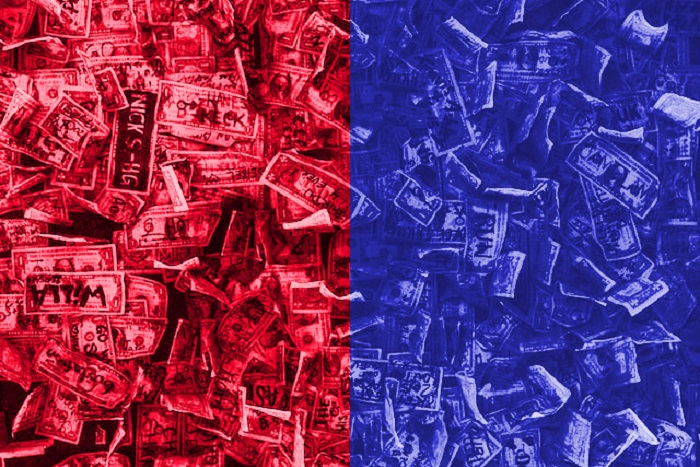 Political spending by corporations is big business. As one corporate executive with experience in business-government relations says, “A company that is dependent on government that does not donate to politicians is engaging in corporate malpractice.”

Our research group heard that statement during a series of interviews with industry insiders that we conducted for a study on corporate political strategy and involvement in U.S. state politics.

In the 2020 election cycle, private interests spent US$486 million on campaign contributions to U.S. federal election candidates and over $7 billion to lobby Congress and federal agencies.

The 2022 cycle could be a record period if recent trends are any indication. At the federal level, nine of the 10 most expensive Senate races to date happened during the 2020 election cycle. Notably, Georgia was home to the two most expensive Senate contests of all time in 2020, with candidates and outside groups spending over $800 million on the two races combined.

Data from campaign finance monitor the Center for Responsive Politics shows that those companies most affected by government regulation spend more. The operations of Facebook owner Meta, for example, could be heavily affected by government legislation, whether from laws concerning net neutrality, data privacy or censorship. Meta spent nearly $7.8 million in contributions and $36.4 million in lobbying during the 2020 cycle.

This kind of political spending is also common across state governments. From Alaska to Alabama, corporations spend huge sums of money to influence policymaking because they depend on their local business environments, resources and regulations.

As the next election approaches, corporate involvement in state politics is vital to understand.

Companies’ attempts to manage state regulations have important effects on their operations directly as well as on state revenues and on the lives of state residents. Corporations can affect the air that you breathe, the water you drink and the taxes you pay.

A study we conducted with colleagues Trey Sutton and Bruce Lamont provides insight into the details of when and why corporations contribute to state gubernatorial and legislative candidates.

At the core, companies spend when they are dependent on states, meaning that they have vested interests and operations in a state that are subject to regulation. Regulation creates uncertainty for managers – which they don’t like. Spending helps alleviate the uncertainty by influencing what regulation may be imposed.

Our study went beyond this observation, and had four major insights:

1. Corporations spend when they are worried about negative media coverage prompting what they perceive to be potentially harmful regulations.

As one executive told us, “We spend a lot of time tracking media and local advocacy groups. We track [them] on a daily basis, and I get a report each week.”

Media coverage can drive public perceptions of corporations and influence politicians’ views. In particular, media coverage can amplify misdeeds of companies across states, which worries managers who do not want to see new regulations. In line with this, we found that the companies spent 70% more in states they operated in when national media coverage was more negative rather than less negative.

2. Corporations spend when there are powerful social movement organizations – for example, environmental protection groups – within a state.

“Public relations firms are routinely engaged to monitor activists and the media, because if you don’t watch them, they can create regulatory change. You have to get ahead of it,” an executive said.

Social movement organizations (e.g., Sierra Club and the Rainforest Action Network) help shape public opinion on important issues, pursue institutional change and can prompt legal reform as well, which is a concern to corporations. Our research indicated that in states where they had operations, companies spent 102% more when facing greater opposition from social movement organizations than they would have on average.

3. Corporations spend to gain a seat at the legislative table to communicate their interests.

A political affairs consultant and lobbyist said, “Regulations are a negotiation, there is not a logic, no rule of law, lobbyists come in here…” In essence, legislators rely on policy experts and analysts, among others, when crafting new legislation, but often, solutions can be unclear with competing demands and interests.

Our interviewees shared with us that companies spread their contributions around to those politicians who they believe will listen to their causes and concerns – regardless of party.

They described themselves as wanting their voices heard on particular issues and as important players in the states in which they operate due to the employment and tax base they bring to states.

Boeing, for example, was the largest private employer in Washington state for decades and has been able to secure tax breaks as a result. This is despite documented environmental problems that Boeing’s operations have had in the state.

4. Corporations spend because they see it as consistent with their responsibility to stakeholders.

Corporations have a legal and ethical responsibility to their stakeholders. Company leaders often believe they are upholding their responsibilities to shareholders, employees, communities, customers and suppliers by participating in the political process.

What are the stakes?

There can be huge repercussions for companies in state regulation. As one political affairs consultant told us, “[Regulation] is the pot at the end of the rainbow that could create endless possibilities of profit. It’s the only thing that stands between them and unending profits …”

Ride hailing service Uber, for example, mounted protracted political campaigns aimed at state legislatures and local governments to protect the company’s interests. One result: The ride hailing service has been able to get independent contractor status for their drivers in many states, which means the company does not have to provide unemployment insurance, workers’ compensation and other benefits.

Passage of regulations in large states like California, for example, can have nearly as much impact as a national regulation, making their passage far more significant for companies working nationally.

Since California sets more stringent emissions standards for vehicles than most other states, manufacturers designing cars for the U.S. market must make sure their vehicles can pass these standards. In this way, California and other states following its lead pose a larger regulatory hurdle for auto manufacturers.

Where does this leave us?

Corporate involvement in state politics is an important phenomenon. Corporations provide needed products and services, and also bring jobs and increased investment to states, which can strengthen communities and state economies. Their operations also can bring health and environmental problems for state residents.

As the 2020 Georgia U.S. Senate races suggest, campaign donations for candidates for federal office increasingly come from outside the state. While this pattern does not pervade state elections yet, it raises questions about politicians’ responsiveness to the issues most relevant to their local constituencies.

Given the changed business landscape – and increased operating costs – caused by the coronavirus pandemic, we expect that businesses across the country will continue to be interested in influencing policies ranging from workplace safety to local and state tax breaks. This interest will likely translate into significant spending in the upcoming election, to both major parties and their candidates.

And that political spending will affect everything from your wallet to your health.

This is an updated version of a story originally published on June 29, 2020.

Published in BUSINESS and POLITICS