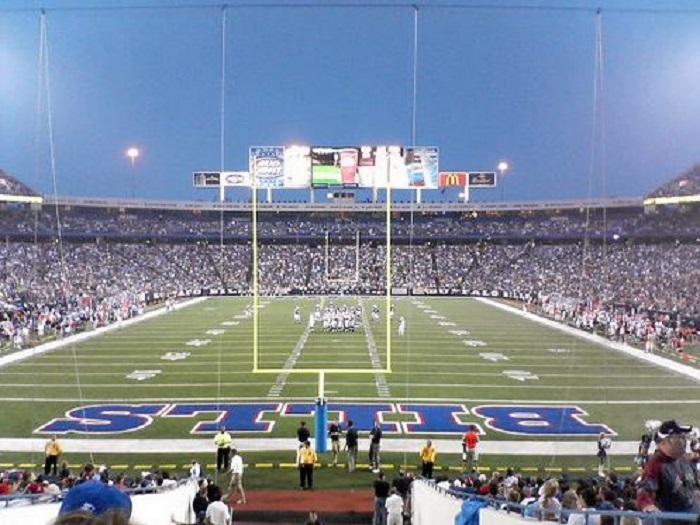 After New York lawmakers blew past the deadline to approve the state budget, they finally came to an agreement on April 9, 2022, that included a US$850 million subsidy for a new stadium in Buffalo for the NFL’s Bills.

As a sports economist who has studied stadium deals for over two decades, I am not exaggerating when I write that the New York Legislature has managed to craft one of the worst stadium deals in recent memory – a remarkable feat considering the high bar set by other misguided state and local governments across the country.

Study after study has shown that stadiums are terrible public investments. The taxpayers financing them rarely want to pay for them. So why are governments willing to subsidize them?

A return to the bad old days

There were many things to dislike about the Bills stadium project. At $850 million, it is the largest taxpayer handout for a new stadium in U.S. history even before additional subsidies such as annual maintenance costs, property tax exemptions and tax exemptions for municipal bond interest are considered. These factors could easily drive the total government price tag well over $1 billion.

With taxpayers footing over 60% of the $1.4 billion price tag, it also runs counter to the trend of the past decade toward lower levels of public funding for stadium construction.

State and local governments on average had covered roughly two-thirds of stadium construction costs during the first wave of the modern stadium boom that began in 1991. During the Great Recession, however, government leaders found it politically unpalatable to hand over hundreds of millions of dollars to billionaire owners as they were laying off teachers and firefighters.

Over the past decade, my ongoing research has shown that public subsidies have fallen to only one-third of building costs, on average. In fact, the most recent Super Bowl was played in the entirely privately financed SoFi Stadium in Los Angeles.

Stadium subsidies in general are terrible public policy, and this arrangement is no exception.

The Bills and their owners, Terry and Kim Pegula, don’t need a handout. With a net worth of $5.8 billion, Terry Pegula ranks as the ninth-richest owner in the NFL. The generous revenue-sharing structure of the NFL means that even playing in one of the league’s smallest markets, the Bills have earned over $300 million in operating income since the Pegulas purchased the team for $1.4 billion just seven years ago. And since then, the value of the Bills has risen by another $900 million. The Pegulas have earned enough on their investment in just seven years to pay for the entirety of a new stadium on their own.

But the only thing better for a team owner than a new stadium is a new stadium that someone else pays for. Indeed, the new stadium is likely to further drive up the value of the Bills far more than the $350 million the Pegulas are contributing to the stadium’s construction costs.

These taxpayer-funded deals are often pitched as an investment in the local economy, but two decades of academic research on the topic have conclusively shown that stadiums and franchises have little or no impact on local economies. The Bills are not likely to be an exception.

For one, most of the customers at a sports venue are residents of the metro area who would simply spend money elsewhere in the local economy in the absence of the team. Second, stadiums often make poor neighbors. NFL venues, like the Bills’ current home, Highmark Stadium, are huge facilities that are rarely used: The Bills play eight home games each year in the regular season. This creates little incentive for investing in the surrounding neighborhoods.

And don’t think that NFL stadiums typically host a multitude of other events. Over its 50 years of existence, aside from a pair of annual high school football games and a few miscellaneous competitions, Highmark Stadium has hosted a grand total of 30 major concerts, three college football games and two large hockey games. And Buffalo’s venue is not out of the ordinary for any large, outdoor stadium.

Rather than creating a dense area of housing, retail establishments and restaurants, Highmark Stadium instead sits alone as an island of concrete in a sea of parking lots.

The threat of relocation

The stadium project is deeply unpopular, with one survey finding that 55% of New Yorkers are opposed to the plan, versus only 22% in favor of it.

So why did it get included in the state budget?

For one, stadiums are a perfect example of the classic special-interest problem. For a handful of passionate fans in Buffalo, a new stadium may determine which candidate gets their vote. But for the rest of the state, a small increase in their tax burden is unwelcome but not problematic enough to compel a voter to switch sides.

Teams have also gotten smart about minimizing transparency, which is bad for public policy but good for team owners. The Bills stadium proposal was added to the state budget and dropped on unsuspecting taxpayers just days before a final vote was scheduled in the Legislature. With such a short timeline, it was impossible for lawmakers to fully analyze the issue, and there was little time for public interest groups to mobilize against the handouts.

The Pegulas were essentially able to extort New York taxpayers by threatening to relocate the team if they didn’t pay up. Buffalo is only the 49th-largest metro area in the U.S. At least half a dozen cities across the U.S. without NFL franchises are both richer and at least twice as populous, including San Diego, St. Louis, Portland and Austin, not to mention the possibility of a franchise in London.

With their current lease expiring in 2023, the team had already indicated that the 2022 season could have been its last in Buffalo.

This threat was a slap in the face of loyal Bills fans who have supported the team for over 60 years through subzero temperatures, lake-effect snow, four straight Super Bowl losses in the 1990s and more losing seasons than winning ones.

The NFL has long kept the number of teams lower than the number of cities that could profitably support a franchise. So as long as owners are willing to use the threat of relocation, I don’t believe any city’s fans – and any state’s taxpayers – are safe.

Victor Matheson, Professor of Economics and Accounting, College of the Holy Cross