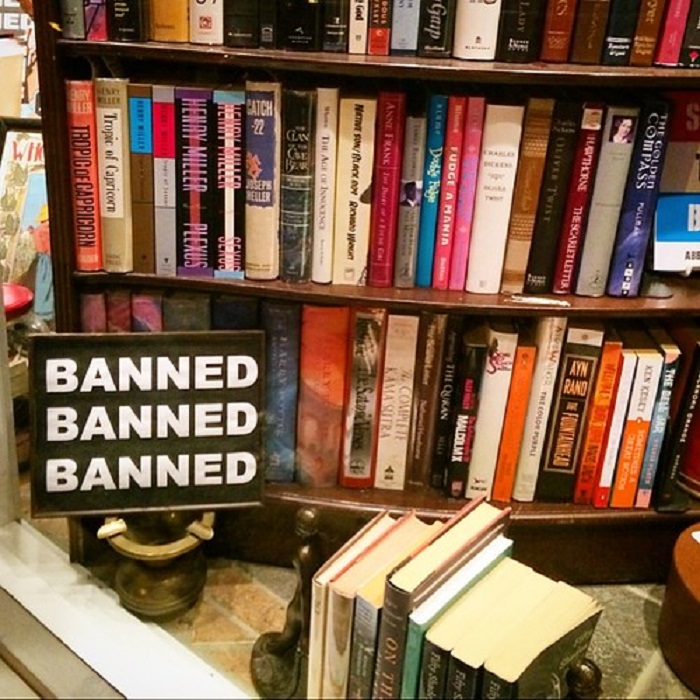 A First Amendment Scholar Explains – When Are Book Bans Unconstitutional?

The United States has become a nation divided over important issues in K-12 education, including which books students should be able to read in public school.

Efforts to ban books from school curricula, remove books from libraries and keep lists of books that some find inappropriate for students are increasing as Americans become more polarized in their views.

These types of actions are being called “book banning.” They are also often labeled “censorship.”

But the concept of censorship, as well as legal protections against it, are often highly misunderstood.

Book banning by the political right and left

On the right side of the political spectrum, where much of the book banning is happening, bans are taking the form of school boards’ removing books from class curricula.

Politicians have also proposed legislation banning books that are what some legislators and parents consider too mature for school-age readers, such as “All Boys Aren’t Blue,” which explores queer themes and topics of consent. Nobel Prize-winning author Toni Morrison’s classic “The Bluest Eye,” which includes themes of rape and incest, is also a frequent target.

In some cases, politicians have proposed criminal prosecutions of librarians in public schools and libraries for keeping such books in circulation.

Most books targeted for banning in 2021, says the American Library Association, “were by or about Black or LGBTQIA+ persons.” State legislators have also targeted books that they believe make students feel guilt or anguish based on their race or imply that students of any race or gender are inherently bigoted.

There are also some attempts on the political left to engage in book banning as well as removal from school curricula of books that marginalize minorities or use racially insensitive language, like the popular “To Kill a Mockingbird.”

Whether any of these efforts are unconstitutional censorship is a complex question.

The First Amendment protects individuals against the government’s “abridging the freedom of speech.” However, government actions that some may deem censorship – especially as related to schools – are not always neatly classified as constitutional or unconstitutional, because “censorship” is a colloquial term, not a legal term.

Some principles can illuminate whether and when book banning is unconstitutional.

Censorship does not violate the Constitution unless the government does it.

For example, if the government tries to forbid certain types of protests solely based on the viewpoint of the protesters, that is an unconstitutional restriction on speech. The government cannot create laws or allow lawsuits that keep you from having particular books on your bookshelf, unless the substance of those books fits into a narrowly defined unprotected category of speech such as obscenity or libel. And even these unprotected categories are defined in precise ways that are still very protective of speech.

The government, however, may enact reasonable regulations that restrict the “time, place or manner” of your speech, but generally it has to do so in ways that are content- and viewpoint-neutral. The government thus cannot restrict an individual’s ability to produce or listen to speech based on the topic of the speech or the ultimate opinions expressed.

And if the government does try to restrict speech in these ways, it likely constitutes unconstitutional censorship.

In contrast, when private individuals, companies and organizations create policies or engage in activities that suppress people’s ability to speak, these private actions don’t violate the Constitution.

The Constitution’s general theory of liberty considers freedom in the context of government restraint or prohibition. Only the government has a monopoly on the use of force that compels citizens to act in one way or another. In contrast, if private companies or organizations chill speech, other private companies can experiment with different policies that allow people more choices to speak or act freely.

Still, private action can have a major impact on a person’s ability to speak freely and the production and dissemination of ideas. For example, book burning or the actions of private universities in punishing faculty for sharing unpopular ideas thwarts free discussion and unfettered creation of ideas and knowledge.

When schools can ‘ban’ books

It’s hard to definitively say whether the current incidents of book banning in schools are constitutional – or not. The reason: Decisions made in public schools are analyzed by the courts differently than censorship in nongovernment contexts.

Control over public education, in the words of the Supreme Court, is for the most part given to “state and local authorities.” The government has the power to determine what is appropriate for students and thus the curriculum at their school.

However, students retain some First Amendment rights: Public schools may not censor students’ speech, either on or off campus, unless it is causing a “substantial disruption.”

But officials may exercise control over the curriculum of a school without trampling on students’ or K-12 educators’ free speech rights.

There are exceptions to government’s power over school curriculum: The Supreme Court ruled, for example, that a state law banning a teacher from covering the topic of evolution was unconstitutional because it violated the establishment clause of the First Amendment, which prohibits the state from endorsing a particular religion.

School boards and state legislators generally have the final say over what curriculum schools teach. Unless states’ policies violate some other provision of the Constitution – perhaps the protection against certain kinds of discrimination – they are generally constitutionally permissible.

Schools, with finite resources, also have discretion to determine which books to add to their libraries. However, several members of the Supreme Court have written that removal is constitutionally permitted only if it is done based on the educational appropriateness of the book, but not because it was intended to deny students access to books with which school officials disagree.

Book banning is not a new problem in this country – nor is vigorous public criticism of such moves. And even though the government has discretion to control what’s taught in school, the First Amendment ensures the right of free speech to those who want to protest what’s happening in schools.