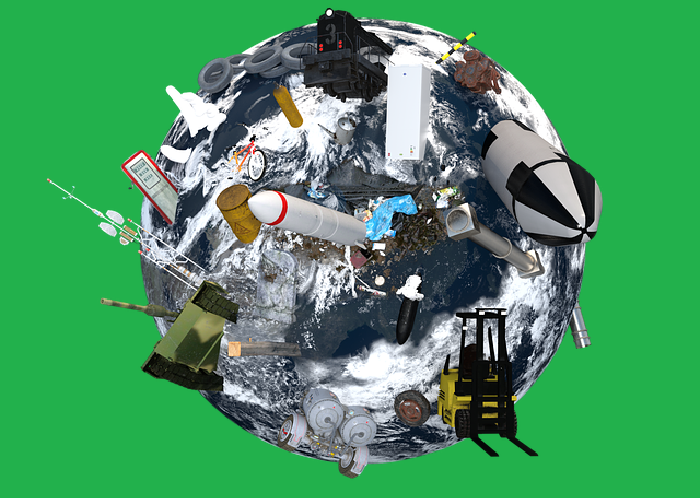 ‘Sustainability’ In Business – How The Climate Crisis Is Transforming The Meaning

In his 2021 letter to CEOs, Larry Fink, the CEO and chairman of BlackRock, the world’s largest investment manager, wrote: “No issue ranks higher than climate change on our clients’ lists of priorities.”

His comment reflected a growing unease with how the climate crisis is already disrupting businesses.

Companies’ concerns about climate change have typically been focused on their operational, financial and reputational risks, the latter associated with the growing importance of the issue among young people. Now, climate change is calling into question the traditional paradigm of corporate sustainability and how companies address their impacts on society and the planet overall.

As a professor working in strategic design, innovation, business models and sustainability, I’ve been tracking how climate change is transforming the meaning of “sustainability” in business, and I’m starting to see early signs of change.

Over the past few decades, many companies came to embrace sustainability. It became the corporate norm to seek ways to reduce a company’s negative impacts on society and the planet and operate more responsibly.

Sustainability reporting is probably the clearest evidence of this trend. In 2020, 96% of the world’s largest companies by revenue, known as the G250, released details about their sustainability efforts. But that rise in sustainability reporting was not accompanied by actual improvement in key environmental and social issues. Global greenhouse gas emissions continued to grow, as did the pay gap between CEOs and employees, for example.

As I suggest in my new book, “Rethinking Corporate Sustainability in the Era of Climate Crisis – A Strategic Design Approach,” this gap between companies’ growing attention to sustainability and the minimal change produced is driven by their approach, which I call “sustainability-as-usual.”

Sustainability-as-usual is the slow and voluntary adoption of sustainability in business, where companies commit to changes they feel comfortable making. It’s not necessarily the same as what science shows is needed to slow climate change, or what the United Nations recommends for an equitable society. Businesses’ response to both will be drawing global attention in November when world leaders gather for the annual U.N. climate conference.

Companies have taken this incremental approach because while they have paid more attention to social and environmental issues, their first priority has remained maximizing profit for their shareholders.

Take, for example, companies’ focus on improving the recyclability of single-use products instead of considering new business models that could have greater positive impact, such as shifting to reusable packaging or eliminating it altogether.

One notable example is Heinz. The ketchup maker announced a cap for its ketchup bottle that is 100% recyclable. It was the outcome of $1.2 million invested and 185,000 hours of work over eight years, according to the company.

While companies appear to grasp the magnitude of the climate crisis, they have been trying to address it mainly in a sustainability-as-usual fashion – one ketchup bottle cap at a time.

Consider emissions reductions. Companies have been slow to commit to reducing their emissions to zero no later than mid-century, a target that the Intergovernmental Panel on Climate Change considers necessary to limit global warming to 1.5 degrees Celsius – roughly 2.7 degrees Fahrenheit – and avoid the worst effects of climate change. Only about one-fifth of the major companies have 2030 goals that are in line with reaching net-zero goals by 2050 at the latest.

The companies that do set net-zero targets often do so in ways that lack the necessary robustness and allow them to continue emitting greenhouse gases, as recent reports point out. One concern, for example, is their dependence on carbon offsets, which allow them to pay for potential carbon reductions elsewhere without making any real changes in their own value chain.

How to transform business sustainability

Companies have tried to rebrand their efforts in ways that sound more sophisticated, moving from terms like “corporate social responsibility (CSR)” to “environmental, social and governance (ESG),” “purposeful companies” and “carbon-neutral products.”

But when companies don’t put actions with their words, they increasingly meet resistance from activists, investors and governmental and regulatory bodies. One example is the growing scrutiny of companies that promote themselves as climate leaders but at the same time donate money to politicians opposing climate policies. Public relations and advertising employees called out their own industry in a report exposing 90 agencies working with fossil fuel companies.

Business is at a strategic inflection point, which Andy Grove, the former CEO of computer chip-maker Intel, described as “a time in the life of a business when its fundamentals are about to change.”

This transformation could evolve in different ways, but as I suggest in my book, fighting climate change effectively requires a new mindset that shifts the relationships between profit maximization and sustainability to prioritize sustainability over profit.

There are early signs of evolution, both within companies and from the forces that shape the environment in which companies operate.

One example is how other industries are reassessing their relationship with fossil fuel companies. Some newspapers, including The Guardian, have banned advertising from fossil fuel companies. A growing number of insurance companies and banks have stopped financing coal projects. The French bank Crédit Mutuel said it saw the impact of climate change on its customers and was willing to lose money “in the short term” to respond to the risk.

Another example is changes in companies’ relationships with suppliers – for example, the business software company Salesforce added a sustainability clause to its contracts requiring suppliers to set carbon reduction goals.

And investors are moving for the first time from just urging companies to take bolder action on climate change to using sticks. Fidelity announced that it would vote against corporate directors whose companies don’t disclose their emissions or have a policy on climate change.

Add to these bright spots changes in regulation and policy worldwide that aim to put in place key sustainability principles and push to cut emissions at a faster pace, plus the changing expectations of young job seekers when it comes to environmental and social issues, such as inclusion and diversity, and you can start to see how the end of sustainability-as-usual may be closer than many people think. Due to climate change, the question is more “when” than “if” it will happen.