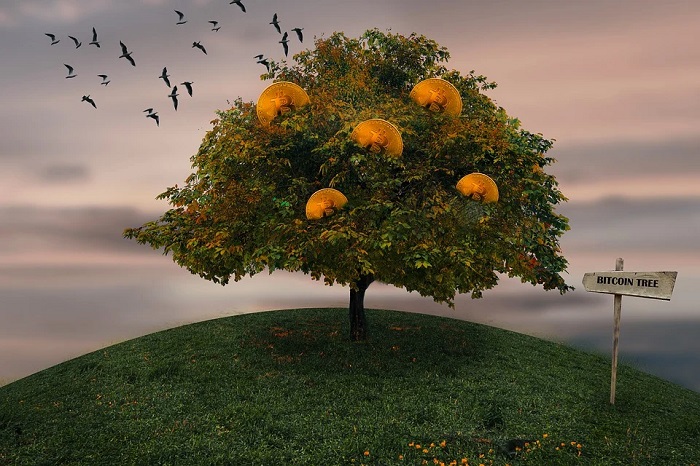 An Ideology Of Social Change Is Behind The Crypto Hype

Ads for blockchain, NFTs and cryptocurrencies like Bitcoin seem to be everywhere. Crypto technologies are being promoted as a replacement for banks; a new way to buy art; the next big investment opportunity, and an essential part of the metaverse.

To many, these technologies are confusing or risky. But enthusiasts ardently promote them.

As a cybersecurity and social media researcher, I’ve found that behind the hype is an ideology about social change: Hardcore enthusiasts argue that crypto will get people to trust in technology rather than government, which they see as inherently untrustworthy. This ideology leads people to encourage its use while downplaying its risks.

My colleagues and I studied almost three months of discussions on Reddit forums about cryptocurrencies to try to understand how people talk about crypto and Bitcoin. The loudest voices on the forum were a group of crypto enthusiasts who called themselves “True Bitcoiners.” Unlike technology enthusiasts or crypto marketers, “true bitcoiners” didn’t talk about technology, or about their own use of crypto. Instead, they talked about trust and corruption.

These crypto enthusiasts often cite examples of what they see as government corruption and corporate corruption. They recognize that society depends on governments and corporations setting and enforcing rules, and they complain that people are stuck with these “corrupt” institutions. Corruption, they say, is an inevitable flaw in humanity and leads to trying to control and mistreat others.

The enthusiasts see Bitcoin, blockchain and other crypto technologies as providing an alternative to the corruption. They argue that these new technologies are “trustless” and don’t depend on institutions. You can buy and sell things using bitcoin without checking with a bank or using government-issued cash.

These two beliefs – that governments are corrupt and that crypto avoids that corruption – are common among the crypto enthusiasts we studied. But enthusiasts go one step further. They seek change. They want to change who has power and who doesn’t.

They argue that crypto is how that change will happen. For crypto enthusiasts, using crypto isn’t just a way to buy and sell things. By using crypto technologies, they argue, society will become less dependent on governments and corporations. That is, using crypto – and getting as many people as possible to use it as much as possible – is a way to change the world and take power away from governments.

These beliefs about who should and should not have power in society embody an ideology. An important part of the crypto ideology is that this change can’t happen unless people use crypto. The technology and the ideology are tied together.

For many of these enthusiasts, recommending crypto to other people is not just a technology recommendation. To them, buying and selling crypto is a form of political and social activism. They argue that buying crypto will remove corruption and change society to trust technology over government.

This ideology is a more extreme version of technolibertarianism, which seeks to replace government with technology. Like technolibertarians, true bitcoiners want technology to control society. But they focus on financial and economic control more than civil liberties. And because promoting crypto is part of this ideology, crypto has often been compared with a religion.

An important aspect of any ideology is the way it emphasizes some dangers and downplays others. True bitcoiners emphasize the problems with government corruption. But they downplay the financial risks of crypto. The price of Bitcoin fluctuates wildly, and many people have lost money buying crypto. Crypto wallets are difficult to understand and use, and fraudulent transactions are difficult to reverse.

Beliefs in crypto’s ability to create social change are also overstated. Crypto technologies don’t necessarily eliminate corporations or avoid government control. There are private, corporate blockchains and many government regulations about cryptocurrencies. As I see it, simply using the technology doesn’t necessarily lead to the social change these enthusiasts seek.