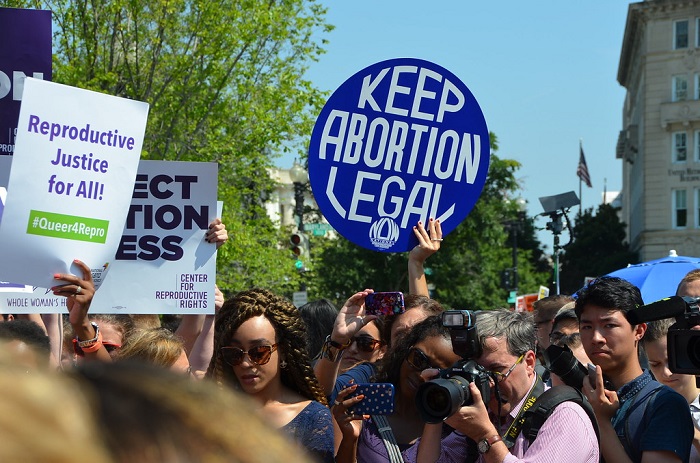 Texas’ law effectively banning abortions after six weeks of pregnancy took effect at midnight September 1. Lawsuits are pending, but for now, clinics must comply with the ban. Whole Woman’s Health, one abortion provider in the state that was named by providers in the joint plea to the Supreme Court to block the law, was still providing abortions within minutes before midnight, CEO Amy Hagstrom Miller told reporters on Wednesday.

The law also empowers private citizens to sue anyone they believe may have “aided or abetted” someone getting an abortion after six weeks, which has caused confusion. Under the law, Senate Bill 8, patients themselves cannot be sued for seeking an abortion — but providers and anyone who helps them are fair game.

Here’s what you need to know now that the law has taken effect.

What does this mean for abortion access right now?

The four Texas clinics overseen by Whole Woman’s Health are still open as of Wednesday and are providing services in compliance with SB 8, including ultrasounds and abortion services in cases where the pregnancy does not have embryonic or fetal cardiac activity, Hagstrom Miller told reporters on a Wednesday call hosted by Planned Parenthood.

Clinics overseen by Planned Parenthood and other independent clinics are still open as of Wednesday, Miller said, and they are providing limited services allowed under SB 8. Texas’ 11 abortion-providing Planned Parenthood clinics stopped scheduling visits for abortions that would take place after six weeks of pregnancy in mid-August.

The law, currently in effect, provides an exemption for broadly defined medical emergencies, but does not include any exemptions for rape or incest.

If believe you may be pregnant and would want an abortion in Texas, you essentially have a two-week window — the luteal phase of pregnancy, in which early symptoms include food cravings, headaches, bloating and breast tenderness — to seek abortion care.

The pregnancy clock starts by counting back to the beginning of the person’s last menstrual cycle, as The 19th’s Shefali Luthra explained earlier this year. A typical menstrual cycle is 28 days, or four weeks, though many people have irregular periods. Those factors mean someone might not realize they are pregnant until 30 or 40 days, which is just shy of the six-week deadline.

“This is essentially a ban of almost all abortion in Texas except for those who know pretty immediately that they are pregnant — a physician cannot hear a fetal heartbeat or there is a medical emergency,” Rachel Rebouché, a law professor at Temple University and an expert on reproductive rights case law, told The 19th.

“Those with resources can try to leave the state to seek care. But this is not an option for most people, who do not have the time, money or support needed to travel out of state for care,” she said.

“Those with fewer financial resources, Black and Latinx women, young people will bear the brunt of this inequity in access,” she continued. “Abortion funds in and outside of Texas have been working around the clock to provide people the support people need to get abortion care.”

Are there still pending legal challenges?

Multiple lawsuits, including a challenge by the Center for Reproductive Rights and reproductive health clinics in the state filed last month in Texas’ Western District Court, are still pending.

The Supreme Court did not act ahead of the law taking effect Wednesday, but justices still could. So far the court has not issued any statements or responded to plaintiffs’ requests to block the legislation. The justices do not have a firm deadline to respond, per Bloomberg Law.

The 5th Circuit Court of Appeals’ hearing on the Texas law — which was scheduled for Monday — was canceled without explanation.

Rebouché said over email that the Supreme Court may not be weighing in “because the 5th Circuit allowed the law to go into effect.”

Outside of Texas, Perritt said, advocates and providers are watching other lawsuits — including the start of oral arguments for the Jackson Women’s Health case challenging a 15-week abortion ban in Mississippi, which the Supreme Court is set to take up next term.

So can anyone report someone for “aiding and abetting” an abortion?

The law empowers private citizens to sue anyone they believe may have “aided or abetted” someone getting an abortion after six weeks of pregnancy. In a successful lawsuit, the plaintiff would receive at least $10,000 and be reimbursed for legal fees.Within Texas, if someone sues an abortion provider or someone who supported an abortion patient and loses, there are no consequences built into the law for the defendants to recover costs to defend themselves, MarcHearron, lead attorney for Center for Reproductive Rights, told reporters on Wednesday.

Family, friends, lawyers, members of the clergy, abortion providers and fundraisers could all be implicated in potential lawsuits for helping someone in Texas get an abortion, Perritt pointed out.

Crucially, just because a provider or clinician is following Texas’ new law, that does not insulate them from potential lawsuits, Hagstrom Miller added.

Texas Right to Life, an anti-abortion group, launched a website soon after the law took effect that solicits anonymous reports on how the law may have been violated. The form asks for tipsters to explain how they obtained evidence and what clinic or doctor their evidence relates to.

A Texas Right to Life spokeswoman told NPR on Wednesday that no imminent lawsuits are planned against abortion providers. In Travis County, District Judge Amy Clark Meachum barred the organization from encouraging and filing lawsuits against a Dallas nonprofit, per the Texas Tribune.

What are the legal risks for individuals helping people leave Texas for an abortion?

For anyone who helps someone leave Texas to obtain an abortion, the legal risk is low, Hearron told reporters Wednesday. But, the wide net cast by the law could still lead to trouble, since anyone can file a lawsuit to enforce it.

“You’re not aiding and abetting, because you’re just helping someone access an abortion that is legal outside of Texas,” he said.

This story will be updated. What questions do you have? Email our team at community@19thnews.org.