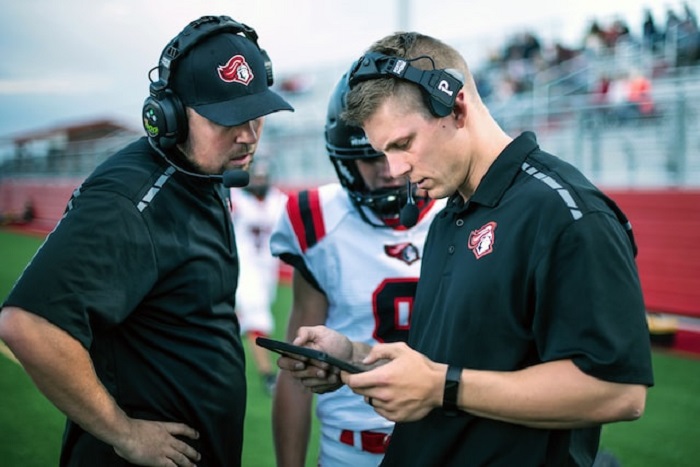 As someone who has been researching, writing and teaching about women’s and girls sports for the past 15 years, I wasn’t surprised by the recent revelations of sexual and verbal abuse by National Women’s Soccer League coaches.

There’s a tendency to explain such horrific behavior in strictly individualistic terms – as a sign of personality disorders or moral deficiencies. But this kind of response misses the larger picture of how organized sports itself contributes to abusive and even sadistic behavior.

My book on the hypercommercialization of girls sports identified many instances of verbal and physical abuse of girls and young women at both the youth and college levels.

More recently, some colleagues and I have been exploring the structural causes of college athlete stress and anxiety. A pilot study of several hundred athletes (of all genders) at both large and small schools has revealed troubling examples of abusive coaching behavior. These examples were identified more frequently in women’s sports and were present in both large and small colleges.

Our study – which involved over 600 surveys and 40 interviews – has not explicitly uncovered any cases of sexual abuse.

The findings, though, suggest that abusive behavior can take several forms short of sexual assault. The surveys we administered did not ask about abuse in any form. We discovered examples of abuse only during interviews. Most of these examples were offered without direct prompting but when “coaching behavior” was discussed more generically.

We found that there is often overt denigration of an athlete’s other college responsibilities. In the survey portion of our study, 80% of athletes reported spending far more than 20 hours per week on their sport. That violates NCAA bylaw 17.1.7, which sets limits on weekly and daily sports participation.

One woman in a small college program told us, “Coach was clear that if I missed ‘voluntary’ conditioning to finish a lab report I could forget about playing next season.” Another athlete in a larger program said, “The 20 hour rule is a joke; they think our whole lives should be about [the sport]. Them preaching balance is a load of bulls— for parents and recruits.”

A second form of abuse concerns the facilitation of authoritarian behavior. Sociologist Sarah Hatteberg has written on college sports as a “total institution” not unlike prison or the military.

As Hatteberg argues, in total institutions, those in charge have complete control of subordinates and have the power to set stringent rules and the freedom to mete out punishments. My colleagues and I believe this “militarized” aspect of organized sports encourages and legitimates abusive coaching behavior by reinforcing authoritarianism.

“The coaches tell us when to eat, when to sleep, when to s—, what to wear, what classes we take,” one football player told us. “It’s like being in the f—ing Army.” A softball player remarked, “When I asked why we had 6 a.m. practice during finals even though the field is always available, [the coach] shouted, ‘because I said so; toughen up or get lost.’”

The final thread of abuse we uncovered is the most straightforward: emotional abuse or nonsexual physical abuse.

Emotional abuse consists of ridicule, embarrassment and demoralization, usually in a public setting. Physical abuse might include forcing people to lift an unsafe amount of weight or having to run up and down stairs until the athlete throws up or faints, which often results in more ridicule.

As one baseball player recounted, “The coach would go berserk and start winging baseballs at us if we made an error during practice. He hit a couple of guys in the head. Nobody said anything because they feared being benched.”

But our data – along with other research – strongly suggests that abusive behavior is widespread and baked into the very essence of organized sports.

Even though none of the people who participated in our research mentioned sexual abuse, we wouldn’t be surprised if some of them were victims of or knew about a coach’s sexually abusive behavior. Studies by the U.S. Center for Safesport estimate that 90% of sexually abused athletes do not report the offense in real time. A study commissioned by the Lauren’s Kids Foundation puts that number at 75%.

The prevailing wisdom in organized sports is that physical and emotional antagonism – it is rarely called “abuse” – creates better athletes, just as it supposedly makes better soldiers. But athletic competitions aren’t wars. They’re games – at least, they’re supposed to be.

Firing, suspending or fining offending and offensive individuals will not by itself address the systemic conditions that enable this sort of behavior in the first place. Imagine for a moment if teachers publicly ridiculed a student for making an error. Or if they made an entire class serve detention when one student arrived late to class.

College and high school administrators, along with national oversight boards, tend to address abusive coaching by blaming bad apples rather than examining the conditions that allow bad apples to thrive. For decades, the media has fallen into the same trap.

As long as organized sports continue to emphasize winning at all costs, abuses are unlikely to disappear – no matter how many bad apples are discarded.

Published in IN OTHER NEWS and SPORTS