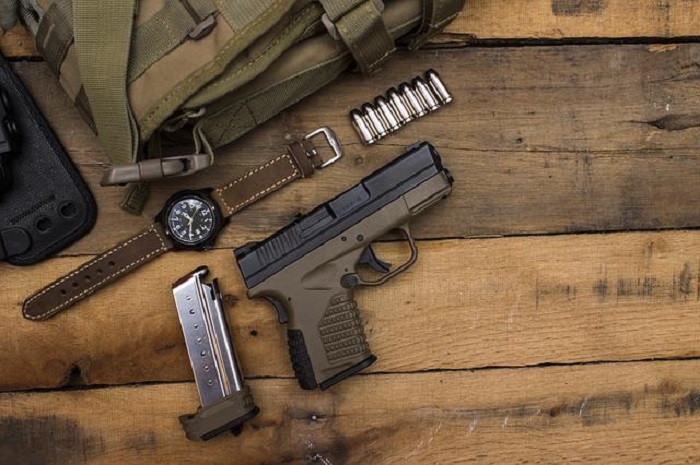 Could More Have Been Done To Avert The Tragedy? Accused Buffalo Mass Shooter Had Threatened A Shooting While In High School

Nearly a year before he was charged with shooting and killing 10 shoppers, and wounding three more, at a Buffalo, New York, grocery store, a then-17-year-old student reportedly told his classmates at Susquehanna Valley High School that he “wanted to do a shooting, either at a graduation ceremony, or sometime after.”

He also reportedly mentioned that he wanted to do a murder-suicide at the school, which is located in Broome County in New York.

“The State Police visited the home, talked to the student and persuaded him to undergo a mental health evaluation at Binghamton General Hospital,” the article states. “When a doctor evaluated (the perpetrator) as not dangerous – a key hurdle required in the Mental Hygiene Law to hold someone against their will – he was returned home and allowed to graduate days later.”

The story is not unlike the dozens of stories that we, a forensic psychologist and a sociologist, have collected in recent years in our effort to study the life histories of mass shooters. It typifies what we believe is one of the biggest challenges that schools face when it comes to averting school shootings – and in the case of Buffalo, mass shootings in general. And that challenge is recognizing and acting upon warning signs that mass shooters almost always give well before they open fire.

With funding from the National Institute of Justice, the research arm of the U.S. Department of Justice, we have built a database of 180 mass public shootings that have taken place in the United States since 1966. A mass public shooting is defined as an event in which four or more victims are killed with a gun in a public place. The goal of this project is to use data to look for patterns in the lives of mass shooters. The purpose is to develop a better understanding of who they are and why they did what they did, in order to prevent future tragedies.

The findings, detailed in our 2021 book, “The Violence Project: How to Stop a Mass Shooting Epidemic,” show the person charged with the Buffalo shooting on May 14, 2022, shares many commonalities with other mass shooters. He was a young man – 98% of mass shooters are men – who targeted a retail establishment, which is the most common location for a mass public shooting in our database.

The majority of mass shooters – 80% – showed signs of a crisis, as exhibited in their behavior, before the shooting. Much like the accused Buffalo shooter allegedly did, nearly half revealed their plans ahead of time, such as by posting on social media. Communication of intent to do harm is most common among younger shooters, like the accused Buffalo perpetrator, who is just 18. Over 30% of mass shooters were suicidal prior to their shooting, and another 40% intended to die in the act, according to our database. A news report indicates that the Buffalo perpetrator considered taking his own life over a dozen times.

In his online diary, the accused Buffalo shooter detailed the white supremacist ideology he discovered in internet chat rooms. Our database shows that 18% of mass shootings are underlined by hate.

At the same time, like a quarter of all mass shooters, the accused Buffalo perpetrator developed an interest in past mass shootings. He reportedly praised other mass shooters who were similarly inspired by racial hatred, such as the 2015 South Carolina church shooter. And like 25% of perpetrators we’ve studied, he left behind a “manifesto” for the next generation of potential mass shooters to read.

Despite his contact with police and the hospital the year before, the perpetrator was still able to legally purchase guns, like 63% of the other perpetrators we’ve studied. There is a US$3 billion industry in U.S. school safety focused almost entirely on hardening schools with active shooter drills, metal detectors and armed security.

In recent years, however, behavioral threat assessment teams – teams in schools that get troubled people help before they turn to violence – have been touted as key to bridging the gap between hard security and soft prevention. Our research shows that even general threats of school violence, such as those made by the alleged Buffalo shooter, are a critical intervention point on the path to intended violence.

While the accused Buffalo shooter was evaluated and cleared as not posing an immediate threat, ongoing support to prevent the threat of violence becoming real and imminent in the future – including after he graduated from school and when he was no longer under the school’s duty of care – was lacking. Few mental health services are available for young adults and children in Broome County, or nationwide, and there are many barriers to accessing those that are available.

Additionally, more could have been done to ensure that a student expressing homicidal and suicidal thoughts didn’t have access to the guns they needed to perpetrate violence. For schools, this typically means educating parents and caregivers about the merits of safe storage. But once a student turns 18, permissive gun laws complicate these efforts.

In the wake of the Buffalo shooting, New York Governor Kathy Hochul announced plans to pursue executive orders and laws that would require state police to seek court orders to keep guns away from people who might pose a threat to themselves or others, according to U.S. News and World Report. Our data shows that if these policies were in place and acted upon, it could potentially prevent the majority of mass shootings.

In the end, we must learn from the lives of mass shooters and the long and tragic history of mass shootings in America to do everything possible to stop the next mass shooting before it occurs.

Portions of this article originally appeared in a previous article published on Feb. 8, 2019.