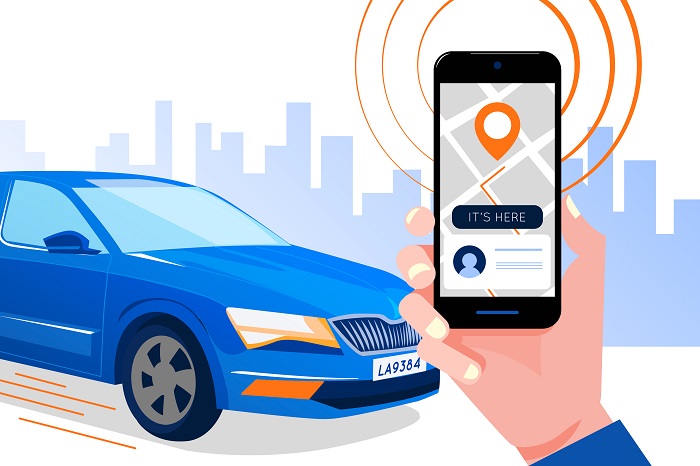 The gig economy provides no safety net for its workers, but some activists are hoping to change that.

Alyssa Lewis lost her 26-year-old sister, Bella Ann (Isabella) Lewis, in 2021. Bella had worked as a Lyft driver for two years, and then one day was shot by one of her customers in Garland, Texas. Surveillance cameras showed the passenger then exited the car, walked over to the driver’s side, pulled Alyssa’s sister out from the driver’s seat, got in, and then drove the car over her. She later died from the gunshot wound.

Alyssa had tried contacting her sister’s employer to see what benefits, if any, their family was entitled to. “From Lyft, there was never any response,” she said. “To this day, nobody has ever tried to reach out to us to give us condolences or anything like that. There’s been previous articles where Lyft stated they tried to reach out to us, and that’s incorrect.”

Workers at app-based delivery companies and their families are often not compensated by their employers for injuries or deaths on the job. Several grassroots organizations and unions have been advocating for better safety measures for those workers and now, finally, are starting to see some improvements at local levels.

According to a 2022 report produced by Gig Workers Rising, a grassroots organization advocating for better wages and working conditions, at least 50 employees who worked for gig companies have been killed on the job since 2017, and more than 63% of them were workers of color.

“Large tech corporations are making revenue and profiting off the backs of workers,” said one of the report’s contributors, Veronica Avila, a self-identified Mexican Latina who worked for Gig Workers Rising and was inspired to help write and research the report after witnessing the hardships her relatives in the service industry experienced. “They leave workers of color to fend for themselves. They have to deal with the intense implications of this work on their own. So that was sort of the institutional focus.”

The report’s researchers pieced together information on the number of worker deaths from online sources that included articles, GoFundMe pages, and social media posts. An official database of worker injuries, deaths, accidents, and instances of abuse and harassment is not available, however, and press and social media reports continue to be the most reliable resources for counting work fatalities.

After Bella’s homicide, the Lewis family created a GoFundMe page for Bella and successfully raised $8,950 to cover the funeral costs they otherwise would not have been able to pay. According to a 2021 study from the National Funeral Directors Association, the average cost of a funeral is $7,848. But not all GoFundMe drives raise enough to cover all the costs borne by the families of app-based workers who die on the job.

Alyssa said she would have preferred that Lyft cover the funeral costs, but the family’s expenses didn’t end there. “My sister was 26, so it was unexpected. I’m sure members in my family needed therapy. I would say, [they should be] taking care of families that go through this by providing resources to cope.”

According to the Pew Research Center, about 16% of Americans have worked for an online gig platform, with non-White Americans more likely to have taken part in the gig economy. Many take the work for the extra income or more flexible working hours, and they often end up driving for large companies, like Uber, DoorDash, Lyft, and Instacart. Non-White workers also reported feeling unsafe and being treated rudely more frequently than their White counterparts.

In addition, a majority of workers do not receive compensation for injuries on the job. Treating work-related injuries cost an average of $44,000 in 2020, according to the National Safety Council. The families of gig workers who died on the job, whether in an accident or from violent crime, often have to pay expenses for the death of their loved ones, because most companies don’t provide compensation for death-related costs.

The Gig Workers Rising report calls for greater safety measures for app-based workers—finding information about individual workers’ injuries was more difficult in comparison. “Part of the reason we started with highlighting folks that have been murdered on the job is that it’s hard to come by any information on accidents, because these companies are misclassifying workers,” Avila said. “The stories of accidents are invisible. There are very few reporting requirements that these companies have to actually adhere to.” The writers of the report suspect the actual number of worker injuries and fatalities is much higher.

An estimated 54% of gig workers do not receive employer-provided benefits, according to Employee Rights Advocacy Institute For Law & Policy, a labor advocacy organization. Most gig workers are classified as independent contractors and are not entitled to benefits enjoyed by full-time employees. Those missing benefits can include paid sick days, health and safety protections, or unemployment insurance, according to a survey analysis by the Economic Policy Institute.

“These companies created a business model where they misclassify workers, and so folks lack protections on the job,” Avila said. “There’s an ecosystem of impacts that workers have to grapple with—companies offload responsibility onto workers.”

“I saw how destructive and exploitative the industry was,” said Lori Simmons, an organizer and activist with the Chicago Gig Alliance, which works toward expanding app-based gig worker rights in the city. Simmons also was a full time ride-share driver from 2015 to 2020, and cited her experience as leading her to organize workers.

The Chicago Gig Alliance has been working with the mayor’s office and city council, organized rallies in the city, and participated in protests at Uber’s Chicago offices. Most recently, the alliance proposed a city ordinance for better safety policies, including having Uber and Lyft require riders to identify themselves on the app. So far, the city has not taken up the organization’s proposed legislation.

“There is a subset of people who are using the app to anonymously commit crimes against drivers,” Simmons said. “Police have sent out warnings for ride-share drivers, and the company’s refused to change their policies to require passengers to identify themselves when they’re using the app.” Lack of identification means that drivers who are assaulted or harmed by passengers have difficulty holding the perpetrators accountable.

Gig workers’ rights vary from state to state. In New York, the Deliveristas, an organization of app-based delivery workers and drivers, organized a series of marches and rallies. Their efforts were ultimately successful: In September 2021, the New York City Council announced it would expand its worker protection laws. By January 2023, workers will have a say in the safety of their routes. They will be able to set limitations on the distances they travel and the bridges and tunnels they use.

All told, in 2020, 99 million work days were lost from work-related injuries, and the number is expected to increase by an additional 50 million lost days in future years as a result of those injuries.

Tracy Carson, a 43-year-old Chicago Uber driver, was injured in an accident in 2021. Another car rear-ended hers on the job, and she suffered six herniated discs, from which she still experiences severe pain.

Carson contacted Uber’s driver’s accident number, and it sent help immediately. But she hasn’t heard from the company since that initial call. “So there just really isn’t any help whatsoever,” Carson said. “You’re just on your own.” She still works as much as her injuries will allow, about 20 hours a week at most, whereas before the accident, she “easily” worked 40- or 50-hour weeks.

“I just can’t tolerate working a full workday. My body is what ultimately determines what I can do. I’m going to have to continue health care for probably the rest of my life,” Carson said.

Carson eventually sued the other driver and won financial compensation to pay her medical bills, which have totaled more than $40,000 to date. Her own health insurance would not have covered the expenses.

She said the damages she suffered also aren’t limited to her physical disability. The accident also resulted in lost wages, depression, and anxiety. She shared her story with the Chicago Gig Alliance, which continues to strive to ensure workers and their families get the resources they need to recover from an accident or have the resulting losses paid for.

In the meantime, Carson still has not heard back from Uber.