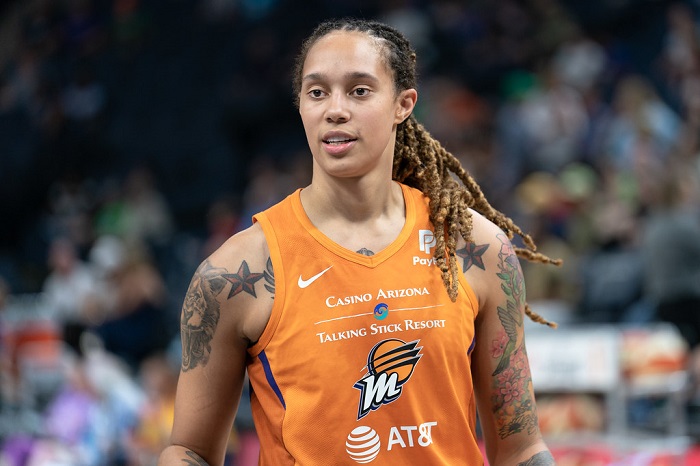 Although a Russian court ruled that WNBA star Brittney Griner’s detention may be extended for six more months, her trial on alleged drug charges begins on July 1, 2022, and gives her supporters a glimmer of hope that her release is still possible.

Since her arrest on Feb. 17, Griner has been locked up in a Russian prison. She was charged with drug smuggling after Russian officials allegedly found vape cartridges containing oil derived from cannabis in her luggage. She faces up to 10 years in prison.

It’s a stark contrast to her life as a millionaire athlete playing in professional basketball leagues in both the United States and, for the past seven years, Russia, where she earns nearly four times as much as her nearly US$282,000 annual WNBA salary.

Speculation on the reason for Griner’s arrest centers on Russian President Vladimir Putin’s alleged desire to use the American star as a geopolitical pawn at a time when U.S.-Russian relations were at their lowest point since the Cold War. And then the Russian invasion of Ukraine occurred, and U.S.-Russian relations have become worse.

Another American, Paul Whelan, who is white, remains in Russian detention after his 2020 conviction on espionage charges.

The unexpected release of Trevor Reed on April 28, 2022, was a positive sign for Griner’s supporters.

A former U.S. Marine, Reed was held for the past three years in Russia on charges stemming from an alleged fight with a Russian police officer. He was exchanged for Konstantin Yaroshenko, a Russian pilot serving a 20-year federal sentence for conspiring to smuggle cocaine into the United States.

Such an exchange may be in the works with Griner.

Russian state media has reported that the government would free Griner in exchange for convicted arms trafficker Viktor Bout, also known as “the Merchant of Death.” Bout was arrested in Thailand in 2008, extradited to the U.S. and sentenced to 25 years.

U.S. officials are not saying there is a prisoner swap in the works for Griner but are instead offering more general assurances.

“I’ve got no higher priority than making sure that Americans who are being illegally detained in one way or another around the world come home,” U.S. Secretary of State Antony Blinken told CNN on June 26. “That includes Paul Whelan, that includes Brittney Griner, that includes people in a number of other countries.”

Griner’s detention has sparked a wave of support among dozens of organizations in the U.S., including the NAACP, GLAAD, the National Urban League and the Women’s National Basketball Players Association, which have all urged President Joe Biden to work out an exchange deal to release Griner.

After nearly three months of silence on Griner after her arrest, the Biden administration on May 3 declared that Griner had been “wrongfully detained” and, as such, the U.S. government would work more aggressively to secure her release even while the Russian legal case against Griner proceeds.

As a scholar of Black women’s bodies, one of my primary concerns for Griner is whether her identity as a gay Black woman makes her a good or bad pawn.

Historically and even now, Black women have been represented as less than normal
by white feminine standards, making the value of Black gay women even less. And given the lack of media attention focused on the disappearance of Black girls and women – estimated in the U.S. to total 90,000 in 2021 – it appeared that Griner’s case would never achieve the publicity that is emerging now.

Started in May 2022 on Change.org, a petition drive calling for Griner’s release has nearly reached its goal of 150,000 signatures.

“We’ve been in touch with the White House, the State Department, hostage negotiators, every level of government, and also through the private sector as well,” Silver said during an interview on ESPN. “Our No. 1 priority is her health and safety and making sure that she gets out of Russia.”

The Griner case gained more attention when Bill Richardson, a former U.S. ambassador to the United Nations, joined the team of negotiators.

Richardson has worked privately for years as an international hostage negotiator and helped secure the release of Reed.

At 6 feet, 8 inches tall, Griner, 31, stands out in a crowd. In her book, “In My Skin: My Life On and Off the Basketball Court,” Griner details her life as an extremely tall Black woman wearing size 17 men’s shoes, whose outstretched arms measure 88 inches from fingertip to fingertip.

She also wrote about the stigma she endured as a gay woman.

During her time at Baylor University, the private Christian university banned homosexual behavior.

“It was hard,” Griner said in an interview. “Just being picked on for being different, just being bigger, my sexuality, everything.”

“I overcame it and got over it,” she continued. “Definitely something that I am very passionate about. I want to work with kids and bring recognition to the problem, especially with the LGBT community.”

Since those early days in college, Griner has become a leading advocate for the LGBTQ community, publicly speaking about gender, body image, self-esteem and sexuality.

It didn’t hurt that Griner is considered one of the world’s best women’s basketball players.

In her seventh season in Russia, Griner’s last game with the Russian club UMMC Ekaterinburg was on Jan. 29, nearly three weeks before her arrest.

Part of the initial silence in the Griner case was the reluctance among U.S. State Department officials to publicly discuss it.

The so-called strategic silence by the Biden administration has also played out among Griner’s supporters, including Engelbert, the WNBA commissioner, who said supporters heeded advice to remain low key.

U.S. Rep. Sheila Jackson Lee, a Democrat representing Griner’s home state of Texas, was one of the few who wasn’t silent and demanded her release.

“Under the circumstances,” Lee said on March 3, “I’m obviously concerned and believe the actions of the Russian federal customs officers was unnecessary. And it was, in my perspective, targeted and purposeful.”

Meanwhile, at a brief hearing on May 13, 2022, a handcuffed Griner appeared in Russian court wearing an orange hoodie with her face down. Her detention was extended another month before a trial.

Her attorney, Alexander Boykov, told The Associated Press that Griner did not express “any complaints about the detention conditions” during the hearing.

In an earlier statement, Ned Price, a spokesperson for the State Department, said that Griner received a consular visit on March 23 and was in “good condition” and “doing as well as can be expected under these very difficult circumstances.”

Nonetheless, there remains uncertainty about how hard the U.S. will fight for a high-profile gay Black woman at a time of deteriorating relations with Russia.

In my view, the U.S. government has ignored Black women, LGBTQ people and those who exist at the intersections for a long time, but the U.S. will acknowledge and address situations where citizens are white, male and not public figures.

The U.S. must now decide how to protect a citizen who is a Black gay woman.

Prominent sports writer Jemele Hill suggested at this point in U.S.-Russian relations that it would be ironic if Griner’s work in Russia gave her the benefit of the doubt in Russian court.

“If Griner has even a modest amount of leverage in Russia,” Hill writes, “it’s because she has had an extraordinary career with Ekaterinburg.”

Ironic or not, one thing is clear: U.S. public support for her release is finally gaining momentum and is symbolized by the WNBA’s decision in May 2022 to place a floor decal of Griner’s initials and No. 42, her uniform number, on the home court sideline of all 12 of its teams.

While this is a good show of support, will the U.S. help Brittney Griner the way it helped Trevor Reed?

This story has been updated from the original version published on May 20, 2022.

Published in IN OTHER NEWS, POLITICS and SPORTS