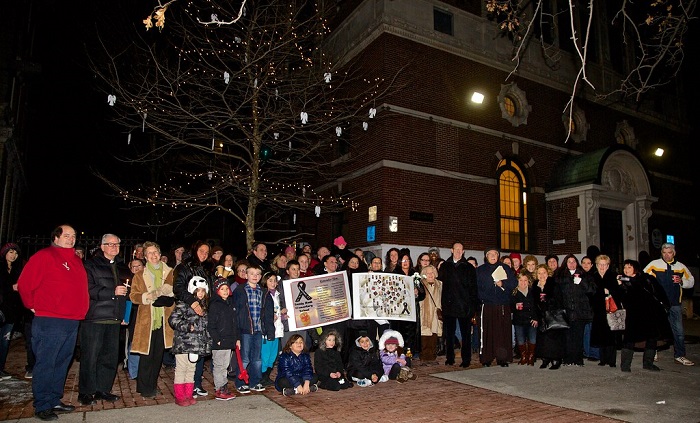 After The Sandy Hook Shootings, Conspiracy Theories In The US Became More Personal, More Cruel And More Mainstream

Conspiracy theories are powerful forces in the U.S. They have damaged public health amid a global pandemic, shaken faith in the democratic process and helped spark a violent assault on the U.S. Capitol in January 2021.

These conspiracy theories are part of a dangerous misinformation crisis that has been building for years in the U.S.

American politics has long had a paranoid streak, and belief in conspiracy theories is nothing new. But as the news cycle reminds us daily, outlandish conspiracy theories born on social media now regularly achieve mainstream acceptance and are echoed by people in power.

As a journalism professor at the University of Connecticut, I have studied the misinformation around the mass shooting that took place at Sandy Hook Elementary School on Dec. 14, 2012. I consider it the first major conspiracy theory of the modern social media age, and I believe we can trace our current predicament to the tragedy’s aftermath.

Nine years ago, the Sandy Hook shooting demonstrated how fringe ideas could quickly become mainstream on social media and win support from various establishment figures – even when the conspiracy theory targeted grieving families of young students and school staff killed during the massacre.

Those who claimed the tragedy was a hoax showed up in Newtown, Connecticut, and harassed people connected to the shooting. This provided an early example of how misinformation spread on social media could cause real-world harm.

Social media’s role in spreading misinformation has been well documented in recent years. The year of the Sandy Hook shooting, 2012, marked the first year that more than half of all American adults used social media.

It also marked a modern low in public trust of the media. Gallup’s annual survey has since showed even lower levels of trust in the media in 2016 and 2021.

These two coinciding trends – which continue to drive misinformation – pushed fringe doubts about Sandy Hook quickly into the U.S. mainstream. Speculation that the shooting was a false flag – an attack made to look as if it were committed by someone else – began to circulate on Twitter and other social media sites almost immediately. Far-right commentator and conspiracy theorist Alex Jones and other fringe voices amplified these false claims.

Mistakes in breaking news reports about the shooting, such as conflicting information on the gun used and the identity of the shooter, were spliced together in YouTube videos and compiled on blogs as proof of a conspiracy, as my research shows. Amateur sleuths collaborated in Facebook groups that promoted the shooting as a hoax and lured new users down the rabbit hole.

Soon, a variety of establishment figures, including the 2010 Republican nominee for Connecticut attorney general, Martha Dean, gave credence to doubts about the tragedy.

Six months later, as gun control legislation stalled in Congress, a university poll found 1 in 4 people thought the truth about Sandy Hook was being hidden to advance a political agenda. Many others said they weren’t sure. The results were so unbelievable that some media outlets questioned the poll’s accuracy.

Today, other conspiracy theories have followed a similar trajectory on social media. The media is awash with stories about the popularity of the bizarre QAnon conspiracy movement, which falsely claims top Democrats are part of a Satan-worshipping pedophile ring. A member of Congress, U.S. Rep. Marjorie Taylor Greene, has also publicly denied Sandy Hook and other mass shootings.

But back in 2012, the spread of outlandish conspiracy theories from social media into the mainstream was a relatively new phenomenon, and an indication of what was to come.

Sandy Hook conspiracy theorists accused family members of those killed, survivors of the shooting, religious leaders, neighbors and first responders of being part of a government plot.

Newtown parents were accused of faking their children’s deaths, or their very existence. There were also allegations they were part of a child sex cult.

This change in conspiratorial targets from veiled government and elite figures to everyday people marked a shift in the trajectory of American conspiracy theories.

Since Sandy Hook, survivors of many other high-profile mass shootings and attacks, such as the Boston Marathon bombing and the Charlottesville car attack, have had their trauma compounded by denial about their tragedies.

And the perverse idea of a politically connected pedophile ring has become a key tenet in two subsequent conspiracy theories: Pizzagate and QAnon.

The kind of harassment and death threats targeting Sandy Hook families has also become a common fallout of conspiracy theories. In the Pizzagate conspiracy theory, the owners and employees of a Washington, D.C., pizza parlor alleged to be part of a pedophile ring that included politicians continue to be targeted by adherents of that conspiracy theory. In 2016, one man drove hundreds of miles to investigate and fired his assault rifle in the restaurant.

Some people who remain skeptical of the COVID-19 pandemic have harassed front-line health workers . Local election workers across the country have been threatened and accused of being part of a conspiracy to steal the 2020 presidential election.

The legacy of the mass shooting at Sandy Hook is a legacy of misinformation – the start of a crisis that will likely plague the U.S. for years to come.