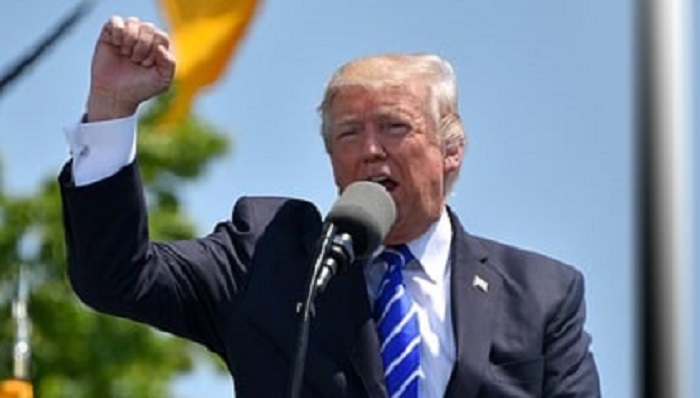 In a legal blow for Donald Trump, the Supreme Court has cleared the way for presidential records dating from his time in office to be turned over to a House committee investigating the Jan. 6 attack.

Trump, through his lawyers, had sought to shield over 800 pages of information from the panel, citing executive privilege, which allows for a president to withhold certain information from public release. But in a 8-1 ruling, the Supreme Court on Jan. 19, 2022, rejected a request to block the documents from being handed to Congress.

The ruling has immediate – and potentially longer-term – consequences. Here are three key takeaways from the court’s decision.

1. Executive power has its limits

Trump has championed an expansive view of executive power. During his presidency, he refused to provide information to Congress by asserting executive privilege over a dozen times, issued executive orders in the face of congressional opposition, and even sued his personal and business accountants to prevent them from handing personal tax information over to Congress, which had subpoenaed those records.

Unlike previous presidents, Trump refused to negotiate with Congress over disclosing White House records. Instead, he took his fights with Congress to the courts.

Out of office, Trump continues to resist efforts to disclose information about his presidency. He has urged several former White House staffers and advisers to claim executive privilege in response to subpoenas for information related to the Jan. 6 Capitol attack. The Congress has even had to take the extraordinary step of referring former Trump adviser Steve Bannon and former White House Chief of Staff Mark Meadows to the Department of Justice for criminal contempt proceedings because they have refused to comply with subpoenas.

Federal courts do not like to wade into disputes between the executive branch and Congress, but Trump pushed them to do so.

In its short opinion, the Supreme Court rejected Trump’s expansive view of executive power. The court denied Trump’s request to prevent the National Archives from releasing documents to the committee, stating that his case to shield the records could not prevail “under any of the tests [he] advocated.”

The court added, “Because the court of appeals concluded that President Trump’s claims would have failed even if he were the incumbent, his status as a former president necessarily made no difference in the decision.”

It isn’t the first time that the Supreme Court has had to wade into the issue of Trump’s attempted use of executive power to withhold information from Congress.

In a 2020 ruling in Trump v. Mazars – in which Trump sued his accountants in a bid to prevent their release of tax documents to Congress – the court rejected Trump’s claim of absolute immunity from congressional process and crafted a new analysis to determine when Congress can obtain a president’s personal records.

Similarly, in the latest ruling the Supreme Court appears to be pushing back against Trump’s expansive view of executive power in favor of a more balanced approach.

Although the justices questioned Trump’s expansive view on executive power, the Supreme Court ruling still preserves the ability of a former president to raise such a claim.

This is consistent with a landmark 1977 decision in which the Supreme Court held that former President Richard Nixon could claim executive privilege in challenging a federal law known as “The Presidential Recordings and Materials Preservation Act.”

That law ensured that government agencies – and, ultimately, the public – could obtain certain documents and tape recordings made during Nixon’s presidency.

The court allowed Nixon to make the executive privilege claim, but it ultimately ruled against him. In upholding the law, the Supreme Court noted that the lack of support for Nixon’s claim by other presidents weakened his case for executive privilege.

The court, in its latest ruling, did not consider the questions of whether and under what conditions a former president may be able to prevail on a claim of executive privilege.

3. The importance of congressional oversight

The Supreme Court’s ruling also reiterated the importance of congressional oversight, and the need for the American people to learn the truth about what happened on Jan. 6, 2021.

By paving the way for the House Select Committee to access hundreds of documents – including visitor and call logs, emails, draft speeches and handwritten notes – the court has seemingly recognized that a healthy, stable democracy depends on people knowing what their government is doing so they can hold elected officials accountable.

As such, the Supreme Court has indicated a willingness to protect a constitutional system that can ensure transparency and accountability by legitimizing legislative branch oversight over the executive.