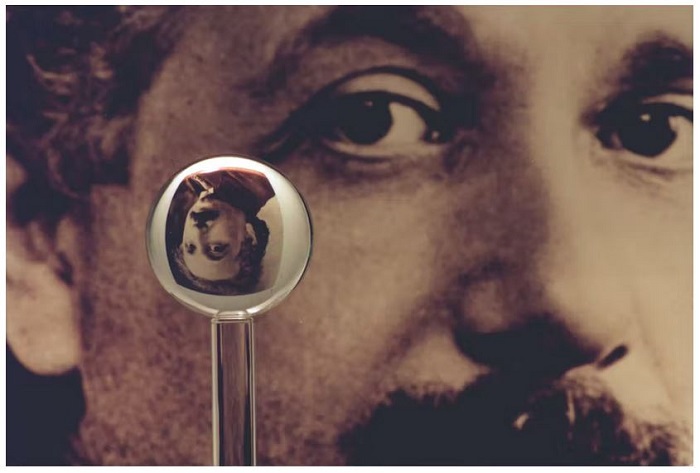 Scientists are not always as scientific as many suppose. Recent well-publicized cases of scientific fraud prove that scientists can be as susceptible to the allures of wealth, power and fame as politicians, the group that enjoys the lowest public trust. Glaring recent cases have included falsified results in the development of an HIV vaccine and new techniques for producing stem cells.

Such breaches prove that scientists do not always base their work strictly on rigorous experimentation, data collection and analysis, and hypothesis testing. In fact, scientists frequently disagree with one another, both as individuals and as representatives of competing schools of thought. Some of these debates rage on for years. Superstring theory, sometimes called the “theory of everything,” has been a topic of vigorous contention for over 30 years.

In some cases, personalities, prejudices and petty jealousies enter the picture. Consider, for example, one of the great disputes of 20th-century physics, the long-running feud between two world-renowned physicists. The antagonism between Philipp Lenard and Albert Einstein sheds considerable light on the power of nonscientific concerns to sway scientists.

Philipp Lenard (1862-1947) was a German experimental physicist who advanced the study of X-ray tubes, the photoelectric effect and atomic theory. His results led him to propose (correctly) that most of the atom is composed of empty space. Lenard was a genius, operating with a deep conviction that only careful experimentation could advance the understanding of the structure of the universe. Lenard received the Nobel Prize in physics in 1905 for his work on cathode rays.

Albert Einstein (1879-1955), who needs little introduction, was a Swiss theoretical physicist who developed the theories of special relativity, general relativity, mass-energy equivalence (E = mc2), and the photoelectric effect – the latter relying on key experimental results furnished by the work of Lenard. Amazingly, Einstein made many of his seminal contributions not like Lenard, while running a laboratory at a prestigious university, but while working as a low-level Swiss patent clerk. Einstein won the Nobel prize in physics in 1921 for his discovery of the law of the photoelectric effect.

Initially, the relationship between Lenard and Einstein seems to have been cordial. Their correspondence suggests that each held the other in high admiration. When Einstein published his quantum theory explaining the photoelectric effect, Lenard wrote to him, “Nothing can make me happier than a thinker of great depth and scope deriving some pleasure from my work.” Einstein, in turn, referred to Lenard as “a great master and genius.”

But as detailed in a recent book, The Man Who Stalked Einstein, their relationship soon deteriorated. In a letter to a friend a few years later, Einstein expressed a quite different view of Lenard, who was then regarded by many as the most celebrated physicist in Germany:

His theories on the ether seem to me almost infantile, and some of his investigations border on the ludicrous. I am very sorry that you must waste your time with such stupidities.

Lenard, meanwhile, was soon swept along in a wave of German nationalism that accompanied World War I. He became increasingly convinced of the existence of a distinctively German physics that needed to be defended against the plagiarized or frankly fabricated work emanating from other countries. Lenard also became more and more mired in anti-Semitism, accusing the “Jewish press” of, among other things, promoting Einstein’s dangerous work on relativity.

In 1920, just a year before Einstein won the Nobel Prize, the debate between Lenard and Einstein erupted into a duel of words at a major German research conference.

Lenard argued that Einstein’s hyper-theoretical and hyper-mathematical approach to physics was exerting a pernicious influence in the field. The time had come, he argued, to restore experimentalism to its proper place. He also launched a malicious attack on Einstein, making little attempt to conceal his antipathy toward Jews.

Lenard’s attacks on Einstein became increasingly vitriolic. He compared theoretical physicists to Cubist painters, who in his view were “unable to paint decently.” He lamented the fact that a “Jewish spirit” had come to rule over physics. Of Einstein himself, whose ideas had been accepted by many of the most prominent physicists around the world, Lenard opined, “Just because a goat is born in a stable does not make him a noble thoroughbred.”

Einstein initially attempted to respond to Lenard’s attacks on his theory of relativity with humor:

“When you are courting a nice girl, an hour seems like a second, but when you sit on a red-hot cinder, a second seems like an hour. That’s relativity.”

Later, he abandoned all pretense of patience and tolerance, labeling Lenard “a really twisted fellow” who must continue “to do business with the monster until he bites the dust.”

Lenard’s conviction that science, “like everything else man produces,” was somehow grounded in bloodlines led him to become one of the early adherents of National Socialism. Unlike many German scientists who regarded Adolf Hitler with disdain, Lenard was one of his most fervent supporters, and became the regime’s number one physics authority. Ironically, the National Socialists’ disdain for “Jewish physics” was one of the main reasons they did not develop nuclear weapons.

Lenard directed his invective at other scientists. He grew extremely resentful of the credit accorded to Wilhelm Roentgen, who received the first Nobel Prize in physics for the discovery of the X-ray, despite the fact that Roentgen was German and a non-Jew. Lenard wrote that he, not Roentgen, was the “mother of the X-rays,” since he had invented the apparatus used to produce them. He likened Roentgen’s role to that of a “midwife” who merely assists with the birth.

Lenard eventually became “Chief of Aryan Physics” under the Nazi regime. In 1933 he published a book called Great Men in Science, which omitted all mention of Einstein, Roentgen and such other notable 20th-century scientists as Marie Curie. When World War II ended, Lenard’s prominent role in the Nazi regime led to his arrest, but he was quite advanced in years. Instead of being sentenced to prison, he was sent to live in a small German village, where he died at age 83.

The story of Philipp Lenard reminds us that even scientists of the very highest caliber sometimes think, speak and act in utterly unscientific ways, swayed by prejudices that have no scientific basis. They are human beings too, and members of the general public need to be careful to distinguish between a scientist whose arguments are based in evidence and one whose pronouncements stem from other, less reliable sources of conviction.

More from SCIENCEMore posts in SCIENCE »