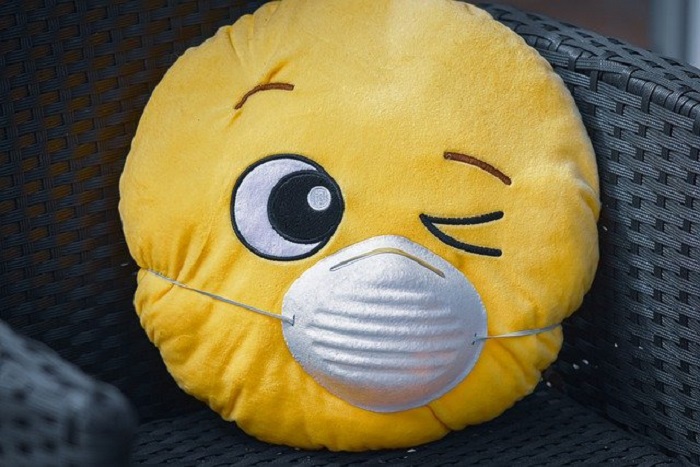 Boomers Blamed For Demise Of Emoji

So, have you heard? Supposedly, the laugh cry emoji has become uncool and using it is a sure sign you’re old.

Gen Z – those born after 1997 – have apparently declared this to be so on social media, especially TikTok.

This despite the fact that the emoji has been extremely popular since 2017. As a CNN article noted: “‘Face with Tears of Joy,’ the official name for the laughing crying emoji, is the most-used emoji on Emojitracker, a website that shows real-time emoji use on Twitter.” In 2020, it was still the most popular emoji.

Are Baby Boomers to Blame?

Of course, as with everything else, we boomers are being blamed for its demise. Jeremy Burge, the chief emoji officer of Emojipedia, recently wrote a blog post that said: “It’s common wisdom on TikTok that the laughing crying emoji is for boomers. And by boomers I mean anyone over the age of 35.”

God forbid, teenagers and young adults don’t want to be seen using the same emoji as their grandparents! But we aren’t the only targets as evidenced by Burge’s over-35 comment. Interestingly enough the millennials (those born between 1980-1996), many of whom are trying to remain cool as they approach their 30s and 40s, also seem to be the target this time around. Add to the millennial’s overuse of this suddenly uncool emoji, calling their dog “doggo” (didn’t even realize this was a thing), skinny jeans, and even side parts are also out and a sign that you’re old and “out of touch.”

As one millennial writer put it in an article for Yahoo!Sports: “As a life-long side parter, ouch.”

According to that article, Gen Z also makes fun of the way millennials use the word “adulting”, their addiction to avocado toast and Starbucks coffee, and the way they refer to themselves as “90 kids.”

What’s kind of funny about all this is that some millennials have been making fun of us boomers for years.

Remember the popular phrase, “OK Boomer” that began circulating a couple of years ago? As I wrote in a blog on this subject, the term seemed to insinuate us boomers are old-fashioned, resistant to change, behind on technology, and out of touch.

So, I guess, what goes around comes around.

Nonetheless, I hate to see anyone using insulting and dismissive catchphrases purely based on what generation people happen to be born in – which is completely out of our control, by the way. One day, Gen Z will become old and no doubt get a taste of their own medicine. Everyone does get old eventually, you know.

Myself, I’m tired of the way all the social platforms has made insulting each other way too easy. I’m tired of ageism. I wish mutual respect could replace this senseless mocking of each other. Why can’t the “generation gap” become uncool and out-of-date?

Saying all that, don’t take it too hard, millennials. One day, you’ll get to our age and you just won’t care as much what other people think.

After a recent viral TikTok listed all the things millennials do that Gen Z doesn’t approve of, millennials responded by defending their fashion choices, hairstyles, and emoji usage. They pointed out that Gen Z once encouraged each other to eat Tide Pods as a viral challenge and that younger people lack the ability to write in cursive. So there! But does all of this really matter?

Take comfort, millennials, you’ll reach the age when you won’t care what anyone else thinks about your emoji habits and won’t feel this need to defend your choices.

In fact, I think this boomer will use the laugh cry emoji even more just to be rebellious. And my side part is staying too. And even though I’m not a millennial, I do enjoy me some avocado toast from time to time.

That’s the great thing about getting older, as I wrote about when I turned 60. I know what matters, and the overuse of an emoji isn’t one of them! Make fun of us, but being an older adult is liberating in that sense.

Don’t worry, millennials. You’ll get there.

Julie A. Gorges is an award-winning author and journalist writing about life after 50. Her books, including her award-winning book, “I’m Your Daughter, Julie,” are available on Amazon. Julie’s blog, BabyBoomerBliss.net, was selected as one of the top 50 baby boomer blogs to follow. To learn more, visit her author website at juliegorges.com.

Published in IN OTHER NEWS and SOCIAL MEDIA