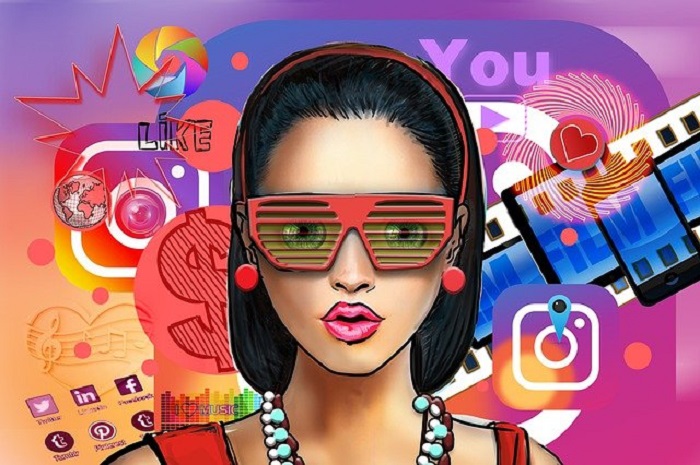 Are you like me and can be impressed quite easily? Or does Shania Twain’s song, “That Don’t Impress Me Much” play as your typical anthem?

Maybe it was the way I was raised that has me appreciate certain achievements. We didn’t have a lot growing up so the seemingly “rich” neighbourhood kids were always impressing me with their Etch-a-Sketches and Lite-Brites my brother and I could only dream of having!

Even now, I’m impressed when I see the new neighbours move in with a Tesla and go on cruise ship holidays a couple of times a year (well before Covid anyway).

I’m impressed when I go to the gym and witness incredible resolve from people building their strength and endurance.

But then there’s social media.

I used to be impressed when I saw someone with thousands of followers. I would think, Wow, that person must really know their stuff! Look at how many people want to learn or be entertained or inspired by them!

But not so much anymore. (Cue Shania.)

The other day we watched an HBO social docu-experiment called “Fake Famous”. Have you seen it? It’s eye opening to say the least.

In it, they conducted a research study to see if they could create Instagram influencers from virtually unknown people.

And it was scary witnessing how easy they were able to do that.

It all came down to building a fake facade of illusions to give their account the impression of being successful. Right down to renting a luxury jet at a studio lot somewhere and taking photos pretending they were off to some exotic location.

This is where she really is:

Or using a kiddy pool filled with rose petals and taking tight photos of just their head floating on top… giving the illusion of relaxing in some luxurious spa.

And aside from these fake photo shoots, there’s the buying of followers, likes and comments.

These fake influencers went from a few hundred followers to tens of thousands in a very short amount of time.

Every single one of those followers were fake.

But what makes this so insidious is the fact that it worked.

They started getting offers left, right and center to take a photo with a brand’s product and in exchange, they get the product for free. Everything from brand-name sunglasses to portable bathroom bidets. One day I’ll tell you the story of my first encounter with a bidet. One of the funniest days of my life!

The more fake followers, likes and comments they got, the more free stuff they received.

And they got more popular too. Suddenly they were getting invites to fancy parties and weekend trips.

Interestingly enough, the more this happened, the more legit followers they got too.

Thousands of real people would follow them because they see someone that impresses them to have “made it”. Someone who evokes envy and fantasy on how life is like on the other side and they want to feel they are a part of it all.

And do you know what makes this fake scenario even more insidious? No one is motivated to stop it.

I’d say the only loser in this scenario is us.

The ones who are impressed by what we see being posted by these influencers.

The ones who buy products because an influencer is endorsing it. I mean, it’s got to be good then, right?

The ones who look at those influencers and wish we could live a life like that.

Sure, not every single “influencer” is fake. There’s a lot of well-respected people who have built up their personal brand through hard work, exceptional brand positioning and careful posting strategies. I mean surely to goodness Oprah didn’t go and buy her 19.3 million followers, right?

And I’m impressed by them.

They are the ones I follow and learn from. The ones who have legitimately earned their role as an influencer. That’s who I want to be when I grow up.

What about you? Do you see right through the fake influencers or have you caught yourself being impressed by the life they have presented to the world? Are you trying to model them to build your business like they have? Has this article changed your mind or are you excited to give it a try and become an influencer yourself?

I’d love to hear your take on it below.

To your business success,

Susan Friesen, founder of the award-winning web development and digital marketing firm eVision Media, is a Web Specialist, Business & Marketing Consultant, and Social Media Advisor. She works with entrepreneurs who struggle with having the lack of knowledge, skill and support needed to create their online business presence.

As a result of working with Susan and her team, clients feel confident and relieved knowing their online marketing is in trustworthy and caring hands so they can focus on building their business with peace of mind at having a perfect support system in place to guide them every step of the way.

Visit http://www.ultimatewebsiteguide.ca and download your FREE “Ultimate Guide to Improving Your Website’s Profitability – 10 Critical Questions You Must Ask to Get Maximum Results”.