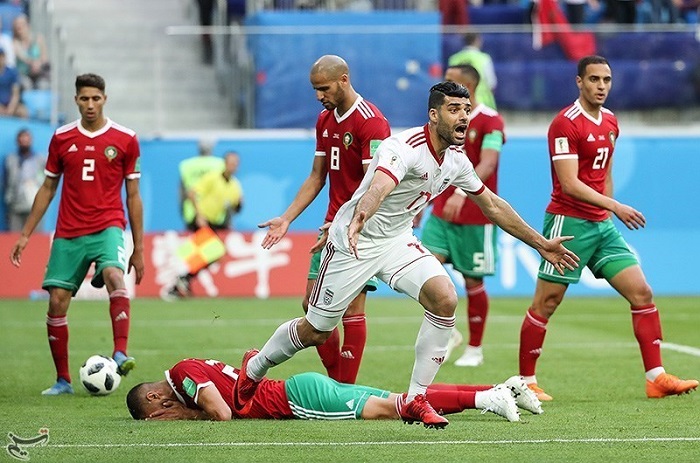 Despite losing to defending champions France in the final four, history was made by Morocco at the 2022 men’s football World Cup in Qatar. They became the first African and first Arab team to advance to a semi-final at the tournament.

The Atlas Lions, endowed with impeccable organisation and defensive will, creative midfield passing, speedy offence and the rousing racket of its fans, broke the elusive World Cup glass ceiling against Portugal to face France.

The sound of the Moroccan fans was a lifeblood coursing through the first World Cup to be staged in the Arab world. As magical as Morocco’s progress seemed, one should not ignore the fact that no team had scored against them (save for an own goal while defeating Canada) – until France did. The team stamped its authority with unimaginable flair and controlled composure.

There are six notable forces that drove their success.

Morocco demonstrated the ultimate collective team spirit to eliminate higher ranked teams that boasted a generous supply of star individual talents – Belgium, Spain, Portugal. What Morocco lacked in stardom was compensated by sheer desire to win and technical application by the whole team.

Their quarter-final goal, coming after repeated defensive pressure, was scored in the 42nd minute. Some good touches led to Yahya Attiat Allah fielding the ball, controlling it and then sending a cross into the box. There, Youssef En-Nesyri seemed to rise forever above the outstretched hands of the tall Portuguese defenders, to head it in from the centre. The fluid passing was beautiful to watch, leaving Portugal bewildered and eliciting pandemonium in the stadium that rippled around the world.

Motivated by a desire to go past the quarter-final, Morocco had to learn from history. The last three African sides to reach World Cup quarter-finals – Cameroon in 1990, Senegal in 2002 and Ghana in 2010 – had gone out in the most painful manner, in overtime. In each of these cases, the African teams lacked the composure to see through their leads.

The Atlas Lions defended with all of their hearts and then scored, preventing any possibility of overtime. Even injuries – and striker Walid Cheddira being sent off after a second yellow card – did not destabilise the defensive rhythm of the team. Portugal, including star player Cristiano Ronaldo, could not find the equaliser. From the beginning, the Moroccans looked determined that history would be made.

Until the semi-finals, Morocco had remained unbeaten. In the round of 16, they eliminated Spain on penalty kicks, where their goalkeeper Yassine Bounou made huge saves to propel them to the quarter-finals. The elimination of Portugal, just like Spain, came on the back of a solid defence that had conceded no goals.

It is often said that defences win championships. If that’s the case then Morocco has the qualifications to compete and win at the highest level. But, against France, they could not summon sufficient self belief and energy to handle the onslaught for long stretches of time. Their ball possession had been 22% against Spain and 23% against Portugal, which speaks to their defensive discipline and efficient execution at scoring. The low possession percentages also show that having plenty of ball possession is not a guarantee for victory. However, taking leads also allows the team to narrow spaces, forcing the opposition to run more – and then be hit on the counter attack.

Morocco found itself in the unique position of carrying the dual hopes of the Arab region as well as the African continent. Their matches felt like home games, with the team’s supporters dominating in the stands. The Moroccan fans cheered the team, jeered their opponents and relentlessly willed on their heroes.

After the final whistle in the quarter-final, the stadium erupted as thousands jumped up and down, hugging and embracing. With fans acting as the 12th player for Morocco, it would not be a big shock if the Atlas Lions can dig deep and mount one more upset in the bronze medal playoff against Croatia. For Morocco, playing for the third place is historic and they have already opened a new chapter in the
history of the World Cup.

Despite the pressure of bearing the burden of history, the Atlas Lions demonstrated that they had the technical and tactical capacity to cope. Indeed, the team was steady, organised, serene, defensively sound, creative in midfield and smart and efficient in attack. Bounou, Achraf Hakimi, Azzedine Ounahi, Romain Saiss, Sofyan Amrabat, En-Nesyri and Hakim Ziyech were Morocco’s stand out performers. However, an injury to Saiss was a big blow to their hopes in the semi-final.

Historically, Morocco has been a trailblazer at the World Cup for Africa and were not fazed by Spain and Portugal. They gave a good account of themselves against France. This team has raised the ceiling for African teams and send out a notice to the rest of the world that they can compete with the best.

Morocco’s Cinderella story at the 2022 World Cup had a lot to do with coach Walid Regragui, who installed an effective defend-and-counter style that none of their opponents – until France – came close to solving.

Regragui ingeniously set up and steered the team to the semi-finals and, in the process, changed the false narrative that local African coaches are not equal to the task of masterminding team success at this level. Indeed Regragui’s side showed that an African coach can creatively harness both the skills and the wills of the players to achieve national glory.

Eyes on the trophy

The 2022 World Cup has been characterised by unexpected upsets and exceptional entertainment for fans. One of the goals of world football body Fifa is to continue growing the game.

Morocco’s qualification for a semi-final spot was a breakthrough in demonstrating that parity is emerging. There was a big portion of the world’s population that would have erupted with joy and tears if team Morocco had their name engraved on the trophy. Morocco showed that it’s possible for an African team to win the World Cup in the near future.

This article was updated to reflect the outcome of the semi-final match.