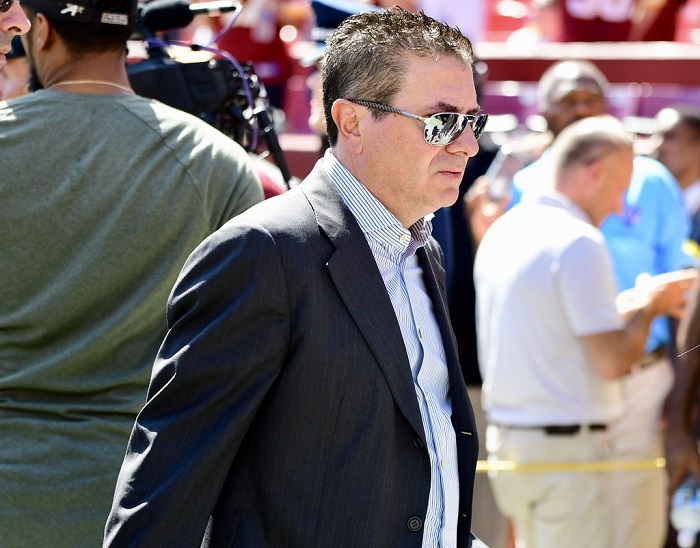 This week, the National Football League (NFL) owners conducted their annual fall meeting. Not on the written agenda was the question of what to do about Washington Commanders owner Dan Snyder, who has been the subject of multiple accusations of workplace sexual harassment and sexual assault, in addition to financial improprieties.

Speculation increased this week with The Washington Post reporting that the office of Washington, D.C.’s Attorney General Karl Racine had completed its investigation into Snyder and planned to take action. This news coming on the eve of the NFL owners meeting only upped the question of whether the league itself will take action against Snyder, too, and what role that Snyder’s fellow team owners will play in forcing the NFL’s hand.

Over 40 former Washington Commanders employees have come forward about Snyder’s behavior and actions. Their lawyers, Lisa Banks and Debra Katz, sent a letter to NFL Commissioner Roger Goodell in advance of the owner’s meeting demanding answers to questions about whether the NFL violated promises of confidentiality and disclosed witness information to Snyder directly in the league’s own investigation into him. This letter comes on the heels of reporting by ESPN that Snyder had used the league’s investigation as a “tip sheet” to compile an “enemies list.” Banks and Katz said in their letter that if these allegations were true, they would pursue legal action against the NFL.

In the letter, Banks and Katz write that their clients agreed to participate in the investigation into Snyder only after being guaranteed confidentiality because of fear of retaliation from Snyder.

“This fear was apparently well-founded,” the attorneys write in the letter. “After participating in the investigation, and after the NFL revealed witness names, several of our clients were harassed by private investigators, some were publicly disparaged and/or removed from team alumni groups, and at least one who was still working for the team was terminated.”

The league did take action against the team last year, issuing a $10 million fine after declaring that its work culture “both generally and particularly for women, was highly unprofessional.” Snyder stepped back from day-to-day operations temporarily and handed the reins to his wife and co-CEO, Tanya Snyder. In announcing these changes last year, though, the league declined to release further details of the findings by Beth Wilkinson, the third-party investigator hired by the Washington team. As more accusations rolled in, the NFL commissioned a second investigation, led by the former Securities and Exchange Commission chairwoman Mary Jo White.

Banks told The 19th that the NFL’s action had failed to result in real accountability regarding the allegations against Snyder, and it showed that the league continued to struggle on how to handle sexual violence and sexual misconduct, especially when major stakeholders were involved.

In August, Cleveland Browns quarterback Deshaun Watson received the NFL’s highest-ever punishment for sexual misconduct. Watson received an 11-game suspension without pay and a $5 million fine after being accused by 25 women of sexual misconduct. This record-setting punishment came after the NFL, in an appeal, sought a tougher penalty than a third-party adjudicator’s earlier decision to hand down a six-game suspension and no fines.

Snyder has not faced any personal financial penalty; while he removed himself from day-to-day operations, there was no formal suspension by the NFL.

“There seems to be a double standard with respect to owners,” Banks said. “What we’re seeing with respect to the Snyder situation shines a light on that and underscores that problem. Here you have a situation where there has been two decades of harassment and abuse at an organization.” Commissioner Roger Goodell, she said, “testified to Congress it was the worst environment he had ever seen, ever witnessed, ever heard about. What happened as a result was that [the NFL] conducted an investigation, buried the results, and gave the owner a slap on the wrist.”

After the meeting adjourned on Tuesday, Jim Irsay, the owner of the Indianapolis Colts, told reporters: “I believe that there’s merit to remove [Snyder] as owner of the [Commanders]. I think it’s something that we have to review, we have to look at all the evidence and we have to be thorough going forward, but I think it’s something that has to be given serious consideration.” Irsay speculated that a vote regarding Snyder’s continued ownership of the Commanders could come up at the March owner’s meeting.

Speaking to the press Tuesday evening, Goodell said that “speculation without facts is not a very positive thing to do.” Goodell said the NFL’s investigation of Snyder — on top of separate investigations conducted by an independent law firm and by the United States House of Representatives Oversight Committee — was not yet complete, and he said that as such, the league had not released any information about it.

Banks said that her clients have been fighting for transparency so that there can be real accountability — but have been stonewalled by the NFL at every turn, especially when it comes to releasing the results of Wilkinson’s initial 10-month investigation into Snyder. With two additional investigations underway, though, Banks says now might be the time that the league finally is forced to take action as a result of pressure from the team owners. But part of this pressure, she says, also may have to do with the fact that Snyder has failed to fulfill his promise of having a new football stadium built in the metropolitan Washington, D.C., area.

But, she added, “when you add in allegations of financial improprieties that impacted the bottom line of the other owners and that Dan Snyder can’t get a new stadium built, which will impact the other owners, that’s when things will start to move. It’s a business and it is all about money.”

No team owner has been forced out over accusations surrounding sexual misconduct. In 2017, former NFL player and then-owner of the Carolina Panthers, Jerry Richardson, sold the team after facing allegations of sexual harassment and racism. The sale, which netted Richardson $1.1 billion, was completed before the league could conclude its own investigation into his behavior.

While it remains to be seen what the owners and the NFL will do when it comes to Snyder, Banks said that for her clients, there is only one desired outcome.

“The owners are still looking for more information. Once they have the information they are looking for from Mary Jo White and the [U.S. House] Oversight Committee, I hope they will have enough to hold accountable the person who is responsible for all that has occurred at the Washington Commanders,” Banks said. “True accountability for my clients would be the removal of Dan Snyder as owner.”

Published in SPORTS and THEVINE