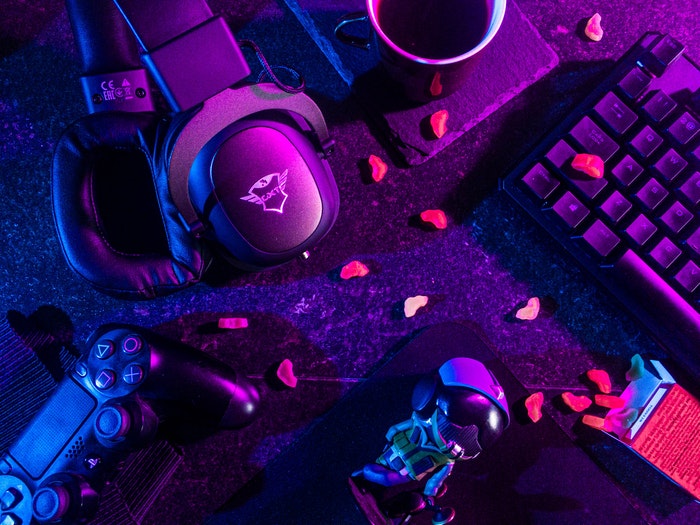 Although esports – competitive, organized video gaming – has exploded into a billion-dollar industry, women players are hard to find on esports teams at America’s colleges and universities. In the following Q&A, Lindsey Darvin, an assistant professor of sport management, shines light on the reasons.

1. Why are college esports dominated by men?

Women and girls experience many obstacles throughout esports environments – both in terms of participation and employment. These include the way they are subjected to gender-based harassmment from male esport players, toxic masculinity, stereotyping and prejudices, as I and colleagues wrote in a forthcoming article for the Sport Management Review.

These circumstances have resulted in lower numbers of women and girls in varsity collegiate esports.

Prior research has established that there are disparities in how women players are treated.

Male opponents and spectators contribute to these hostile esports environments more often than women by insulting, swearing at and belittling fellow gamers, male and female alike. Men have stated that they are significantly more likely – 20%, based on my analysis – to engage in hostile actions.

To overcome the hostility, women gamers will often not use their real names or the voice chat features to avoid being identified as women. A woman professional gamer stated in the forthcoming Sport Management Review article, “Toxicity 100% exists. You have women gamers who don’t identify themselves as being female because of the fact that they don’t want to deal with the backlash in chat. You are seeing chat that is very negative for women, and that’s not fair.”

These acts reinforce an unwelcoming environment for women and girls. Women and girls commonly receive death threats and threats of sexual assault. A professional woman gamer explained in my forthcoming article, “Girls are scared, women are scared to even try to compete or get better because … men are telling them they don’t know how to play the game, and they’ll never be at their skill level. They’re so terrified to even get started.”

When women do reach competitive esports levels and win tournaments, they are often marginalized. An esports player development professional told me, “If a woman is not good at a game, it’s okay, because they’re a ‘girl.’ Not a woman. It’s okay because they’re a ‘girl.’ Like small, meek, young. These are the predatory, belittling language and thought processes that women encounter.”

At the college varsity level of play, a current professional woman gamer explained, “In college I was the token female playing. It was very clear that you can really only have one girl on your team and it was used as a tool.”

Increasingly colleges are giving out scholarships for gamers. However, women and girls are missing out on these scholarship opportunities and the educational benefits that they entail.

Through the National Association of Collegiate Esports, $16 million in esports scholarships are awarded annually. About 115 colleges and universities offer these scholarships.

Beyond the participation and monetary losses for women and girls, the detrimental outcome of fewer female role models in esports generates a somewhat cyclical phenomenon. It is difficult to be what you cannot see. The top-earning man in professional esports – Jordan “N0tail” Sundstein – has brought in roughly $7 million in career earnings, while the top-earning woman, Sasha “Scarlett” Hostyn, has brought in just over $300,000.

Competitive esports participation also aligns well with science, technology, engineering and mathematics – or STEM – both in terms of education and careers.

3. Can women compete with men?

Women and girls have proved their ability to compete with and consistently beat male competitors at top-level events. For instance, in 2019, Li “Liooon” Xiaomeng was the first woman to win the Hearthstone Grandmasters Global Finals. Tina “TINARAES” Perez placed first at 2019 Twitch Rivals: TwitchCon Fortnite Showdown. Janet “xChocoBars” Rose placed first in the 2019 Twitch Rivals: League of Legends tournament as part of team EZ Clap. Kim “Geguri” Se-Yeon was named one of Time Magazine’s Next Generation Leaders in 2019 for being one of the most successful esports players in an otherwise male-dominated sport.

4. Do colleges need to do something?

There is high interest in esports among women and girls. Approximately 48% of women participate in video games that are considered to belong in the esports category. This percentage of women participants jumps to 57% for women ages 18-29. Women are engaged in gaming, viewing livestreams and competing on average 15 hours per week. During 2019, 11 million women viewed a Twitch livestream.

Colleges and universities that receive U.S. federal aid have an obligation to improve opportunity and access to participation based on Title IX policy, which prohibits sex discrimination in any education program or activity receiving federal financial assistance.

A.J. Dimick, the director of esports operations at the University of Utah, told me that “the formative stages of collegiate esports aren’t sufficiently addressing representation and diversity and could benefit from Title IX oversight and scrutiny.”

Initiatives geared toward generating inclusive esports environments for women and girls have already begun. Team Liquid, a professional esports organization founded in 2000 with teams across the globe, announced in January the creation of a diversity task force and hired Women’s National Basketball Association star and esports gamer Aerial Powers as their first diversity ambassador. In September 2020, PNC Bank and the Pittsburgh Knights created a Women in Esports Steering Committee to develop solutions for gender equity disparities in the esports industry.

These initiatives provide evidence of a changing esports landscape and an effort to bring women and girls into this space. As collegiate varsity esports continue to grow, institutions must consider their own role in generating opportunities for all.

Published in EDUCATION and SPORTS