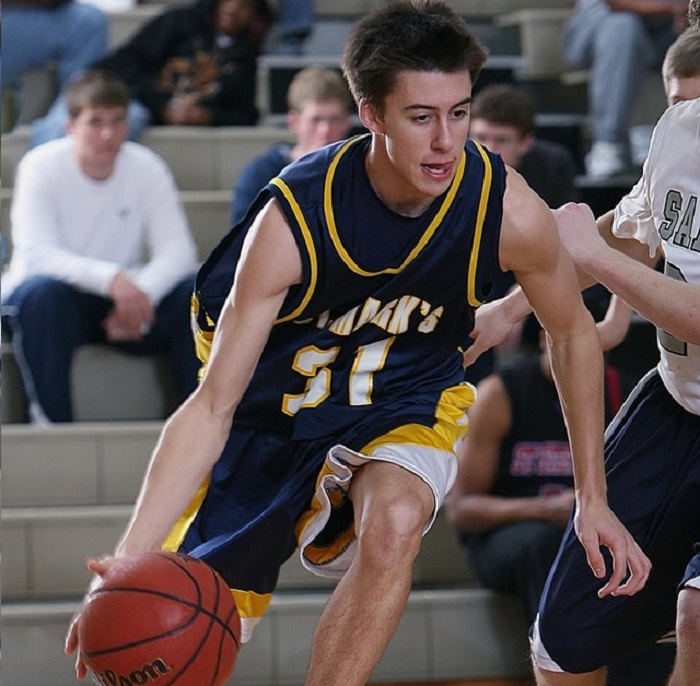 March Madness is proving lucrative for some of its Cinderella stories and standout stars, thanks to a 2021 Supreme Court ruling that led the NCAA to end its longstanding ban on student athletes earning money from endorsement deals.

Doug “Dougie Buckets” Edert, who led the Saint Peter’s Peacocks to their first ever Sweet 16 appearance on March 25, 2022, has already signed deals with Buffalo Wild Wings and sports site Barstool. Drew Timme, the mustachioed star forward at Gonzaga, agreed to use his whiskers to sell razors for Dollar Shave Club. And Deja Kelly, a star sophomore at the University of North Carolina, became one of Dunkin’s’ first college endorsements in February when she agreed to promote the brand’s doughnuts and coffee.

But the Supreme Court ruling doesn’t mean anything goes. The NCAA’s new endorsement policy simply pushes its authority over so-called name, image and likeness deals to universities and states. And many have established their own policies both regarding what deals college athletes can enter into and, perhaps more importantly, what deals college athletes can’t enter into.

At least 92 universities have created rules governing what kinds of deals athletes can enter into. And 25 states have passed laws or issued executive orders that affect all public and private schools under their jurisdiction.

We study the interaction between sports and law. While many of these endorsement deal restrictions are innocuous, such as requiring financial literacy classes, we believe others may actually be unconstitutional.

Letting ‘amateurs’ profit from their name

The NCAA had long prohibited student athletes from profiting off their image. The idea is grounded in the notion that they’re amateurs, not professionals.

Responding to growing calls to change the policy, the college sports governing body agreed in 2019 to do so and asked regional divisions to draft new rules and restrictions. Meanwhile, states, notably California, were already passing laws to allow athletes to earn money off their names.

In June 2021, the Supreme Court ruled the NCAA couldn’t limit the kinds of benefits universities offer students. That prompted the NCAA to simply drop the draft policy governing name, image and likeness deals it had been working on rather than risk further litigation.

In doing so, the NCAA left it up to states or individual universities to establish their own rules. That opened the door for college athletes across the country to begin signing endorsement deals – as long as they don’t run afoul of rules at their school or in their state.

While the NCAA is considered a private entity not bound by the First Amendment, states and public schools are. That means any restrictions they place on athletes’ endorsements – a form of commercial speech afforded some protection by the Constitution – need to respect athletes’ free speech rights.

The most problematic restrictions

Broadly speaking, we see three types of restrictions that appear problematic. The first type prevents deals with brands that are rivals of one that already has a deal with a university. The second group forbids contracts with “vice” industries like alcohol and gambling. And the third prohibits partnerships with anything that might reflect poorly on the educational institution.

A 2021 Kentucky executive order is an example of the first kind. The governor’s order, now codified into law, explicitly allows athletes to get paid for likeness deals unless the university determines it “is in conflict with an existing contract of endorsement, promotional or other activity entered by the post-secondary educational institution.” In other words, if the school already had an endorsement deal with a company, an athlete can’t sign one with a rival.

For example, athletes at the University of Kentucky, which is sponsored by Nike, legally can’t sign up for Adidas’ new program to share sales of its products with student athletes who drive traffic to its website if Adidas wanted to open up this program to these athletes.

The third kind poses what we believe are the most glaring First Amendment issues. An example of this is Mississippi’s state law, which flatly forbids athletes from signing deals with any product or service that is “reasonably considered to be inconsistent with the values or mission of a post-secondary educational institution or that negatively impacts or reflects adversely on a post-secondary education institution or its athletic programs.”

Two legal concepts reveal the problems with these restrictions: “prior restraint” and “overbreadth.”

Courts are unanimous in their disapproval when government entities – including public universities – restrict speech before it happens, rather than punish speakers for objectionable and unprotected speech after it is made.

That’s why a prior restraint – like a policy that prevents athletes from signing certain types of endorsement deals – will be scrutinized more heavily by courts than if, say, a school simply forces an athlete to stop endorsing an objectionable product after the fact. While that doesn’t mean a prior restraint is never allowed, courts would require schools to show they have a very good reason to have the restriction.

Courts also don’t like it when restrictions on speech are written too broadly, meaning that they affect speech other than the intended target. In the university context, you can see this legal concept in action in campus speech codes. For example, a 1995 appellate court ruling struck down a Michigan school’s campus speech code because it gave university officials too much power to determine what is deemed offensive – which meant they could hypothetically use the policy to restrict the most protected form of speech: political speech.

All three restrictions listed above could potentially be broad enough to cover political speech. But it’s the third category that poses the biggest problems because of the vagueness of language like “reasonably considered to be inconsistent with the values or mission of a post-secondary educational institution or that negatively impacts or reflects adversely on a post-secondary education institution or its athletic programs.” Virtually any endorsement an athlete might consider could be deemed “inconsistent” with the values of a university.

It’s not surprising that schools wouldn’t want to be linked to a provocative company or a product they consider inappropriate. But granting administrators too much editorial power over the kinds of deals athletes are allowed to sign can easily stray into the kinds of areas that the Constitution explicitly protects. And a promise to use the power responsibly is unlikely to survive Supreme Court scrutiny.

As a result, you’re asking athletes to trade their First Amendment freedoms in exchange for their newfound right to profit from their skills on the field or court. In our view, the Supreme Court is unlikely to find that an acceptable trade-off.