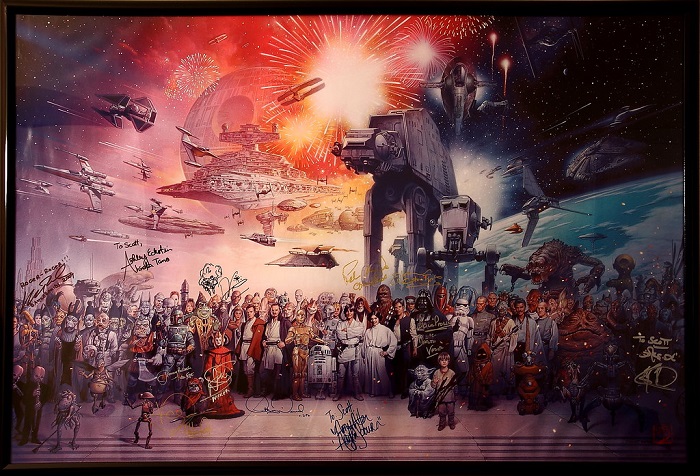 Star Wars – The Real Back Story

When someone writes a hit movie or a best seller, it’s easy to think it all resulted from a stroke of creative genius and it just happened organically. But in almost every case nothing could be further from the truth.

Take the Stars Wars movie franchise for instance. A number of intriguing back- stories exist about how things got to be as they were in the Star Wars movies. Here I should give a plug to a writer called Chris Taylor who discovered them and wrote a book suitably titled: How Star Wars Conquered the Universe: The Past, Present and Future of a Multi-billion Dollar Franchise. 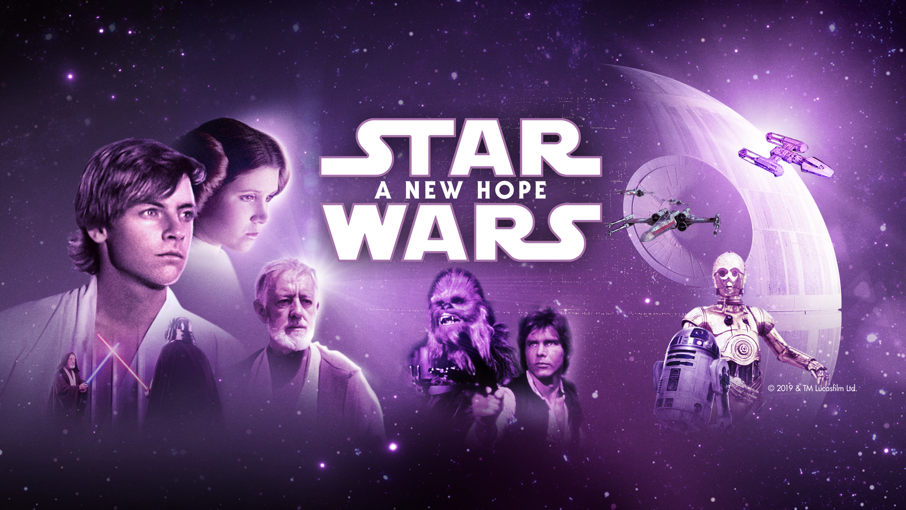 For example, Taylor tells the story of when Star Wars creator George Lucas showed a rough cut of the movie to his mates Steven Spielberg and Brian De Palmer, Spielberg thought it was going to be a huge hit but De Palmer mocked it mercilessly. He told Lucas what is all this ” Force shit? Where’s all the blood when they shoot people.” But sarcasm aside, De Palmer was a talent. Lucas knew it. And De Palmer wanted to help his friend. So he and Jay Cocks, another screenwriter and critic for Time magazine, agreed to re-write the opening crawler. You remember. The big words in yellow at the start of the movie, which disappear into outer space. The words give the back-story of the Empire and the rebel alliance.

And there are plenty of other intriguing and tasty morsels to be had.

How about the origin of the Han Solo Wookie? That came about after the sound editor on one of George Lucas’s other projects hired a voice actor called Terry McGovern. And McGovern just happened to bring along an old army buddy called Bill Wookey.

You might be starting to get where this is going.

At some stage marijuana must have been smoked because a very stoned McGovern adlibbed during a voice-over recording “I think I just ran over a Wookey back there.” Lucas who might have been equally stoned, who knows, thought what McGovern had said was hilarious and he wrote down the line in his notebook but changed the spelling of Wookey so that it ended in the letters ‘I’ and ‘e’. Incidentally McGovern was also hired to be a voice actor on Star Wars. Remember the scene where Obi-Wan-Kenobi hypnotises one of Darth Vader’s Storm Troopers into saying: “These aren’t the droids we are looking for?” Well that was Terry McGovern’s voice saying it. McGovern was paid the princely sum of $200 for his token bit of screen immortality. Bill Wookey, McGovern’s friend never met George Lucas and had no idea his name would inspire film history. That was until Bill Wookey happened to see the movie and other people who also saw it said he must have inspired the character Chewbacca. Bill Wookey is a hairy, bearded man who is 6 foot 3 inches.

There is one back-story that Taylor tells that I particularly like. It concerns the origin of the name of the little droid R2 D2.

George Lucas was also responsible for the movie American Graffiti. He and a man called Walter Murch did the sound mix. But in order to do the job properly they needed to match the dialogue to the right reel of film. So they would write on cans of film the letters R for reel and D for dialogue. Of course each can was numbered so there would be no confusion. Apparently, one day (this is a true story) Murch yelled out: “I need R 2 D 2” and everyone on set laughed their heads off. Lucas laughed as well but he also wrote the line down in his notebook.

The Vietnam War played a major role in shaping the Star Wars trilogy. Lucas was rejected for the draft because of his diabetes. But even before he made Star Wars, Lucas wanted to create a documentary style anti-war film on Vietnam. It was to be called Apocalypse Now, a title devised by one of Lucas’s friends. Instead the project was passed on to Francis Ford Coppola, who gave Lucas his first movie job working on the musical Finian’s Rainbow. Taylor says in his book that in 1973, Lucas wrote a note on Star Wars: ‘A large technological empire going after a small group of freedom fighters.’ In some ways that was how Lucas saw the Vietnam War. The Empire being the United States and the freedom fighters the Viet Cong. Star Wars apparently had a rough time getting the required backing from a studio. It was pitched to United Artists but they rejected it. Universal had an option on the production but never bothered giving Lucas an answer. He took the project to Disney but they also said no. Finally Fox said yes and the rest is history.

In case you are interested, Fox permanently owns the rights but Disney will get a piece of the action. They bought LucasFilm for $4 billion two years ago.

But I’ve saved the absolute best anecdote until last. Taylor’s book talks about how Han Solo got to be cast. Lucas considered Harrison Ford but initially ruled him out because he thought a potential Star Wars audience might be distracted if a cast member from American Graffiti (Ford had a small part) suddenly turned up in his next movie.

Harrison Ford, was unemployed at the time and had returned to his original job, as a carpenter. Would you believe one of his carpentry jobs just happened to be at the American Zoetrope offices where Lucas was casting for Star Wars. Ford was installing a new door. Lucas saw Ford working and decided he would, after all, invite him to cast for the role of Han Solo and Ford got the gig. It just goes to show everything happens for a reason. Imagine how different it all might have been had Lucas gone with his other choice, Christopher Walken instead of Harrison Ford? Would Star Wars still be the box office blockbuster with a very different Han Solo? I doubt it.